Iraq - update at 1:10 pm | Monitoring the formation of a strong wave of dust in the north of the country, and this is the likely path for it 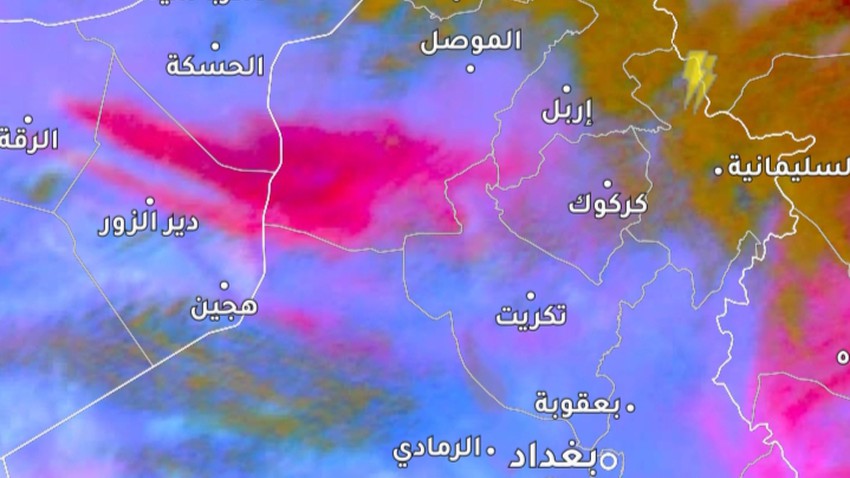 Arab Weather - Satellite images of dusty places have been monitored, forming a strong wave of dust in the far northwestern regions, specifically near the Iraqi-Syrian border, and this dusty wave moves towards the east, that is, to Kirkuk, Erbil, and later to Sulaymaniyah.

Where the dust wave leads to a significant decrease in the range of horizontal vision, and sometimes its absence, and the Arab Weather website warns of the danger of a high concentration of dust in the atmosphere and its impact on respiratory and eye patients, and it is also advised to be careful while driving on roads that witness an increase in dust concentration.

Iraq - update at 3:20 | Thunder clouds and dust waves, especially in the northern regions