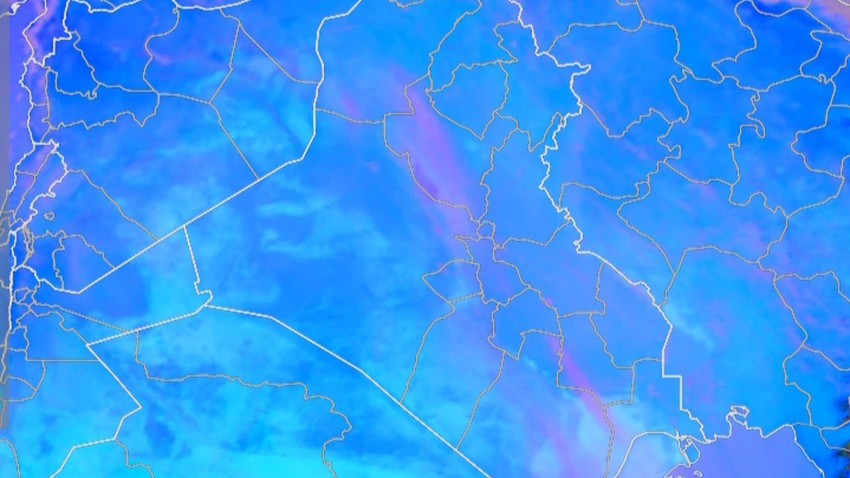 Arab Weather - Satellite images received by the Arab Regional Weather Center indicate an increase in dust rates in many Iraqi regions, including the northern and central regions and the capital, Baghdad, as a result of the increase in the speed of northwest winds.

What awaits the state in the coming hours?

According to the weather maps in the Arab Regional Weather Center, the northwest winds will intensify during the coming hours to be active in speed, and sometimes strong in speed in the southern regions, accompanied by strong gusts in many areas that are severe in the southern parts, where the proportions of dust increase in the northern and central regions, including the capital, Baghdad, up to for the southern regions.

In the midst of warnings of the dangers of the lack of horizontal vision in some areas, it also alerts respiratory and eye patients to the need to pay attention to the rising dust in the atmosphere, which may cause serious complications, God forbid.