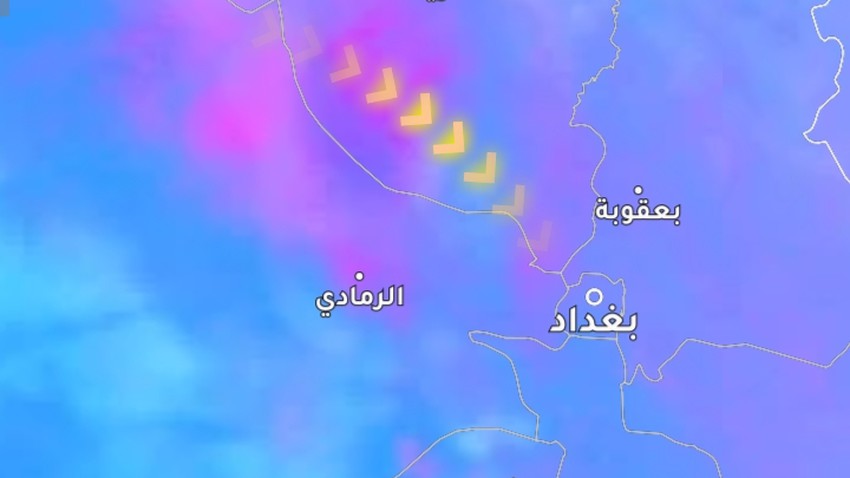 Arab Weather - The satellite images received by the Arab Regional Weather Center indicate an increase in dust rates in some areas of the capital, Baghdad, in the meantime, as a result of the increased speed of surface winds coming from the north and northwest.

At the same time, more dense dust than is currently present in the capital affects the east of Tikrit and the Ramadi area, and it will reach the capital, Baghdad, with the north winds during the next few hours, causing an increase in dust rates in the atmosphere and a decrease in the range of horizontal visibility.