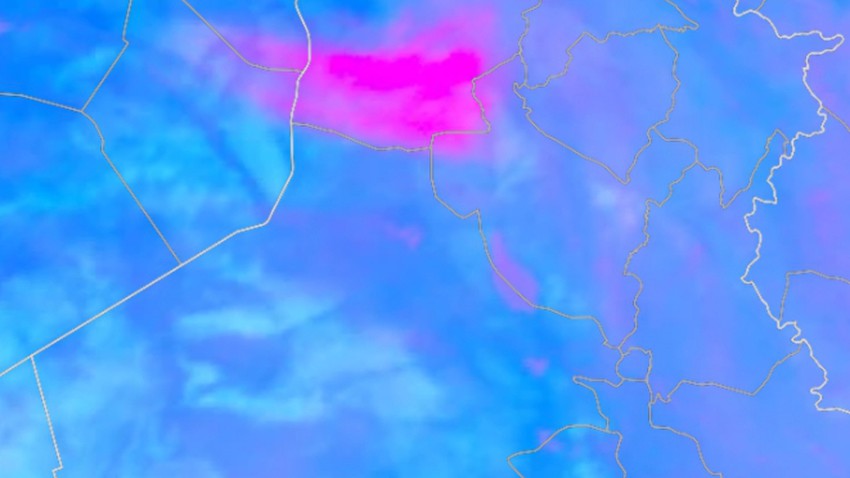 Arab weather - The satellite images received by the Arab Regional Weather Center indicate that the northern regions of Iraq, specifically south of Mosul and north of Tikrit, were affected by a dense dust wave that started from the north of Syrian territory and continued on its way towards April and Tikrit during the coming hours, accompanied by a significant escalation in dust rates and a decrease in visibility horizontal.

At the same time, the southern regions of Iraq are actively affected by surface winds that raise dust and dust, which also causes a decrease in the horizontal visibility.

According to the treated weather maps, active winds will continue to blow during the coming hours, which are accompanied by strong gusts that raise dust and dust in many areas, including the capital, Baghdad.