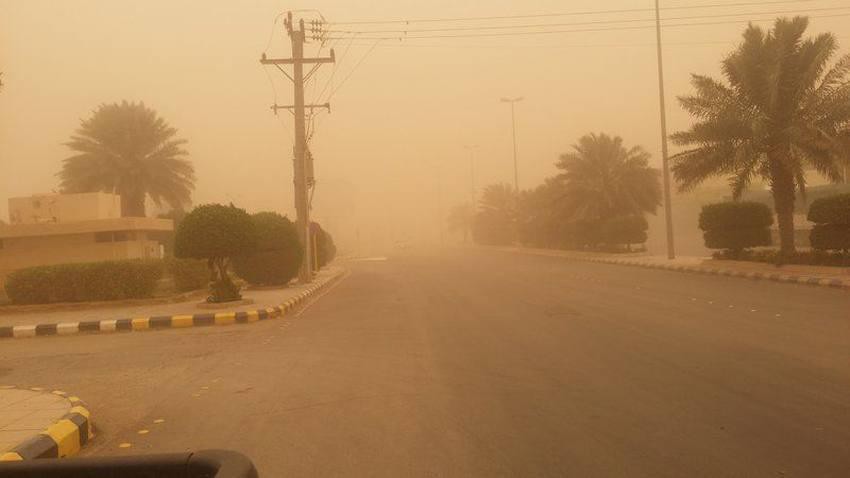 Arab Weather - Satellite images in the Arab Regional Weather Center indicate the approach of a dust wave from the central regions of Iraq, which will affect the coming hours, causing an escalation of dust rates in central Iraq, including Najaf and Karbala, and perhaps parts of the capital, Baghdad.