Iraq - update at 3:20 | Thunder clouds and dust waves, especially in the northern regions 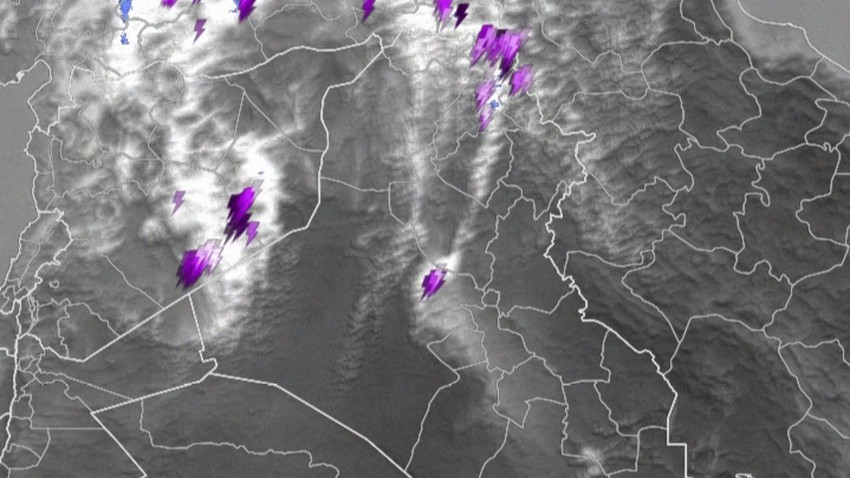 Arab Weather - Satellite images received by the Arab Regional Weather Center indicate that the northern regions of Iraq were affected by a state of atmospheric instability that resulted in the formation of thunderstorms in the far northern regions, and at the same time, local thunder clouds formed in parts of Anbar Governorate.

According to the same images, many northern regions are under the influence of dust waves, and dust waves also include the western central regions in addition to the far western regions in the border areas with Jordan.

The Arab Weather website warns of the possibility of the flow of some valleys in the northern mountains as a result of thunderstorms, and the risk of low horizontal visibility due to the density of dust in the atmosphere.