Iraq - update at 4:20 | Sandstorms cover the western regions, and this path is expected for the coming hours 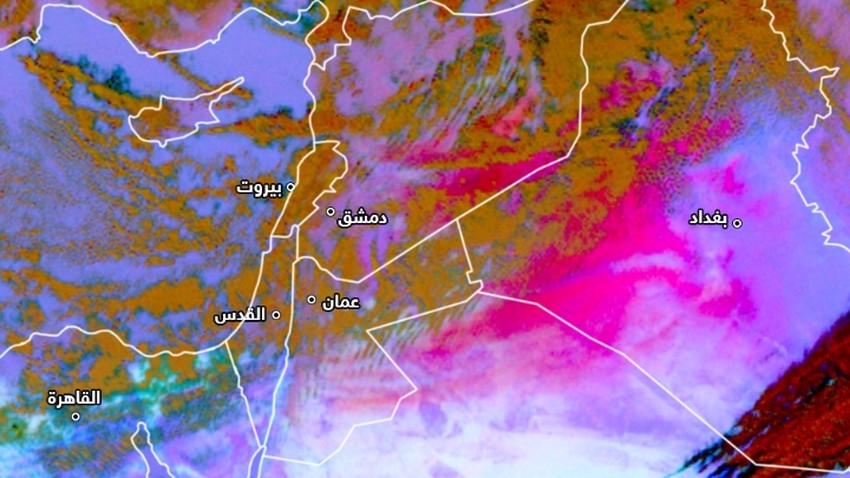 Arab Weather - The satellite images developed by the Arab Regional Weather Center monitored the continuation of sandstorm activity in the western regions of Iraq, accompanied by great activity in wind speed and a noticeable decrease in the level of horizontal visibility.

According to the numerical outputs, sandstorms are expected to continue to advance eastward in the coming hours, including the capital, Baghdad, and may affect the southern regions for the rest of the day.

This comes as part of Iraq's being affected by active westerly to northwesterly winds accompanied by strong gusts, amid serious warnings of the danger of a lack of horizontal visibility in many areas.