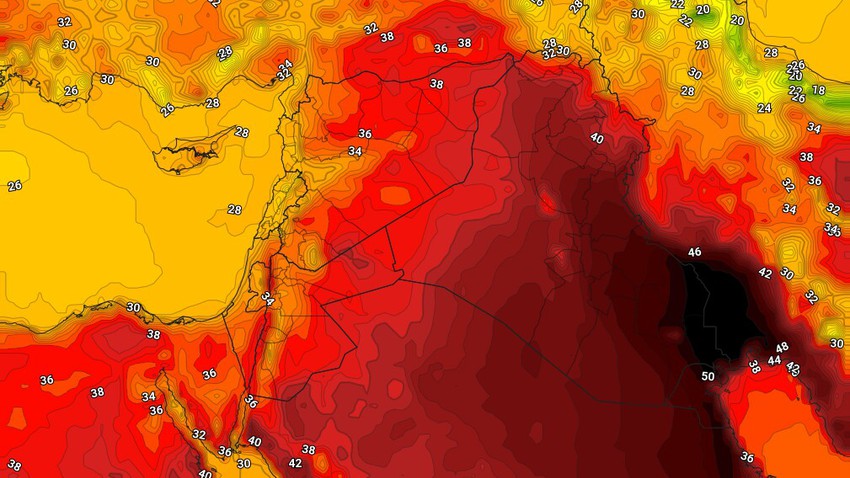 Arab weather - It is expected, God willing, that the temperatures on Tuesday will be slightly higher than their averages for this time of the year, and the weather will be very hot in general.

The maximum temperatures are in the late 30s Celsius in the west, and between the early and mid forties in the northern and central regions, including the capital Baghdad, while they are in the fiftieth levels in the southern regions, specifically the city of Basra.

The winds will be northwesterly to northwesterly, moderate to active, with a speed in various regions, and they are accompanied by strong flashes in the central and southern regions, with a speed of 50 and 75 km / h, which raises dust and perhaps dust waves.

The weather is hot in various regions, and very hot in the central and southern regions, and the weather tends to be moderate in the far western regions and the northern mountains at late night hours and early morning.

Winds are northwesterly to northwesterly, moderate in speed, active at times, especially in the southeast regions, which are dusty.