Iraq: Very hot weather during the day and activity of northwesterly winds that raise dust and dust in some areas during the coming days 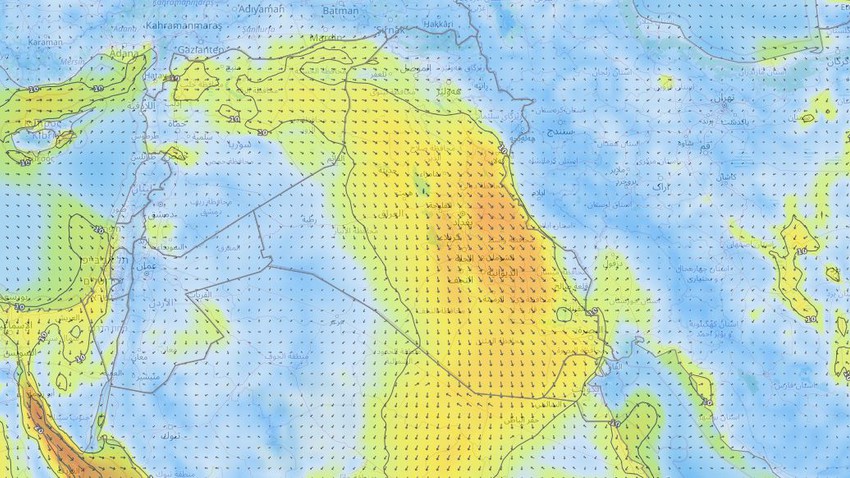 Arab Weather - Weather maps show expectations of continuation of very hot weather over all regions of Iraq during the coming days, coinciding with daily activity in the speed of northwest winds that raise dust and dust in some areas.

Regarding the details, it is expected that the temperatures will remain within their rates for this time of the year, so that the atmosphere is very hot and generally dry in all regions during daylight hours, except for the highlands, and the maximum temperature is between 43 and 48 degrees Celsius in all Iraqi cities, including The capital, Baghdad, with the appearance of some scattered clouds at high and medium altitudes in some areas.

It is expected that active northwesterly winds with strong gusts sometimes exceed the 60 km/h barrier in some areas as of Tuesday, which will raise dust and dust in different areas of central and southern Iraq and lead to a decrease in the horizontal visibility, especially in the wild and open areas.