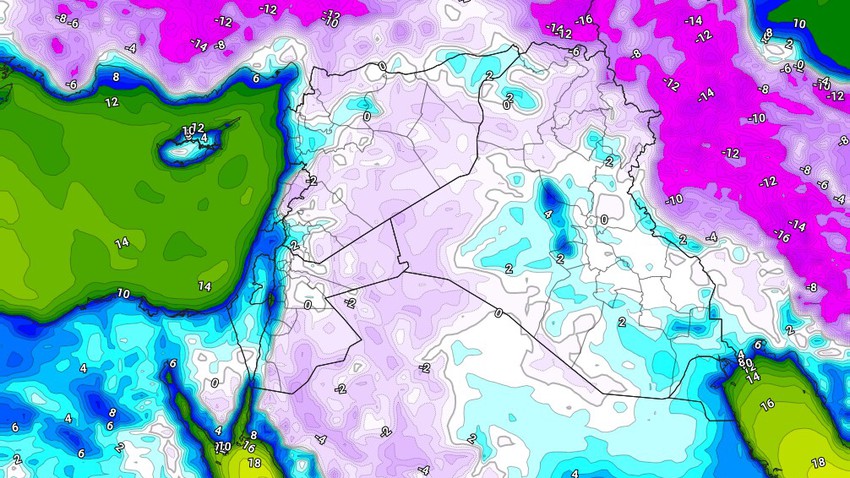 With high humidity and fog forming in different areas, it is not excluded that the fog will be thick sometimes, especially in the west.

A strong wave of frost and freezing will occur in large areas of the country, including the capital, Baghdad, and include agricultural areas. Snow forms on wet roads, especially in areas that witnessed snowfall.

The wind is variable direction, light to moderate speed.