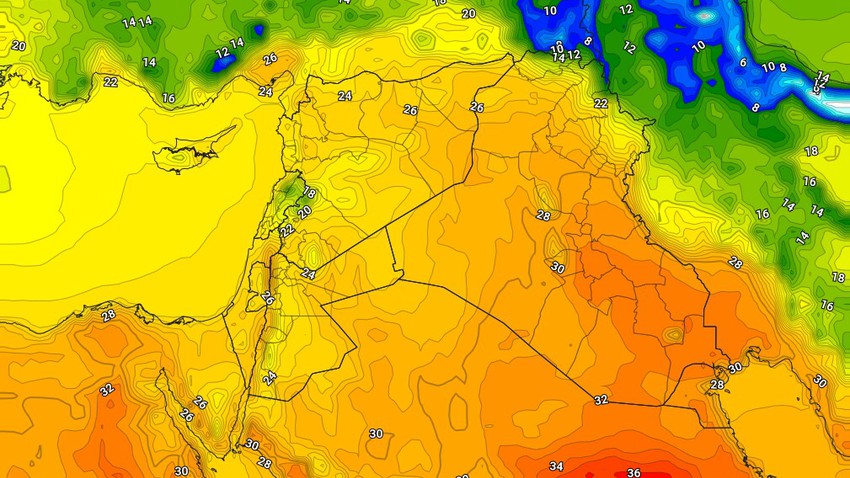 Arab weather - temperatures remain lower than their averages for this time of the year, and the weather is moderate in the western and northern regions, relatively hot in the rest of the regions, with the appearance of clouds at different altitudes.

The winds will be northeasterly to fluctuating, light to moderate in speed, sometimes active, stirring up dust and dust.

Night temperatures rise compared to previous nights, and the weather at night hours is very cold in the northern highlands, while it is relatively cold to cold in the western and northern regions at late night hours.

Amounts of clouds appear at different altitudes, especially in the northern regions.

The winds will be northeasterly to fluctuating, light to moderate in speed, active in some areas.

What is the new corona mutant `Omicron`? What is the meaning of the name? And why is it `alarming`?

`Oxagon` is an ambitious Saudi project for the largest floating city in the world, perched on the Red Sea