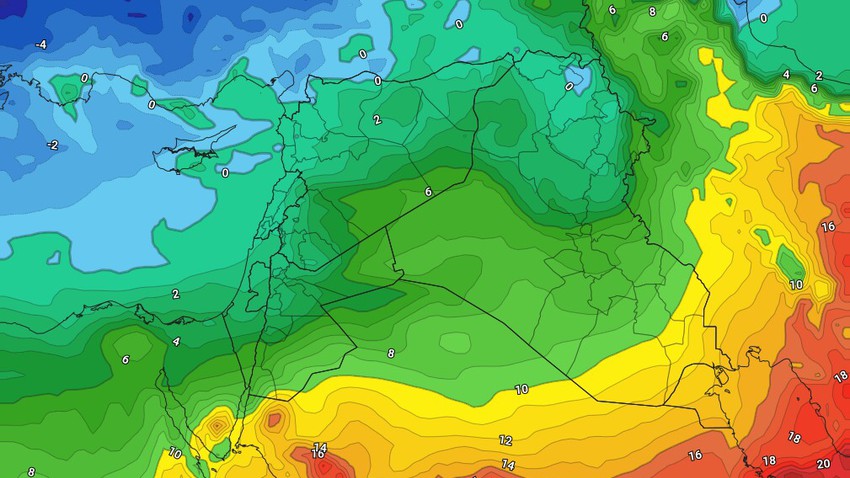 Arab Weather - The latest outputs of the numerical models received at the Air Operations Department at the Arab Regional Weather Center indicate that Iraq is affected by an air mass with temperatures lower than its rates on Friday, so there is a significant drop in temperatures on Friday to be lower than their rates for this time of the year, and The weather in Iraq is very cold in the northern mountains, relatively cold in the western and northern regions, pleasant to moderate in the rest of the regions, especially the southern ones, with the appearance of clouds at different altitudes.

It is expected, God willing, that showers of rain will fall on the northernmost areas on Friday and Saturday, varying in intensity and at intervals, and showers of snow falling on the high peaks, especially on Friday.

Westerly to northwesterly moderate winds will blow on Friday, active at times and causing dust and dust in many areas. However, the winds will become volatile and light to moderate in speed, Saturday, sometimes active in some areas.