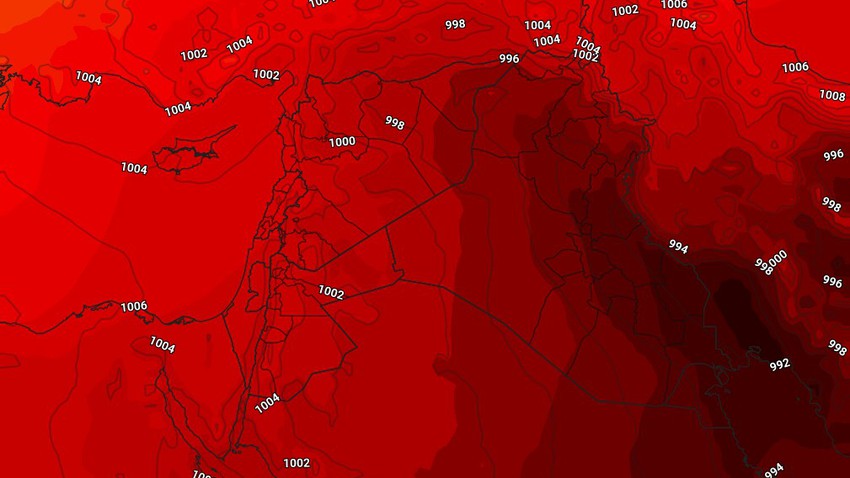 Arab Weather - The latest output of the weather maps in the Arab Weather Center indicates that the temperatures on Friday (which falls on the day of Arafa) will remain slightly higher than their rates for this time of the year, and the weather will be hot in the western regions, and very hot in the rest of the regions.

A slight rise in temperatures on the first day of Eid Al-Adha, and a warning of the dusty weather

There is a slight rise in temperatures on Saturday (which coincides with the first day of Eid al-Adha) to be slightly higher than their averages for this time of the year, and the weather will be hot in the western regions, and very hot in the rest of the regions, and there is a gradual increase in the proportions of dust in the atmosphere, especially In parts of the central and southern regions.

In the coming days, northwesterly moderate winds will blow over Iraq, gradually becoming active and accompanied by strong gusts at times, stirring dust and dust in many areas, and may sometimes lead to the formation of dusty waves, especially in the central and southern regions.

The weather during the coming nights will be relatively hot in the western regions and the northern mountains during the hours of the first part of the night, but it will tend to be moderate in late times of the night and during dawn, while it will be hot to very hot in the rest of the regions, especially the southern ones.