Iraq - Weekend | Continuation of the heat wave, coinciding with the blowing of dusty winds 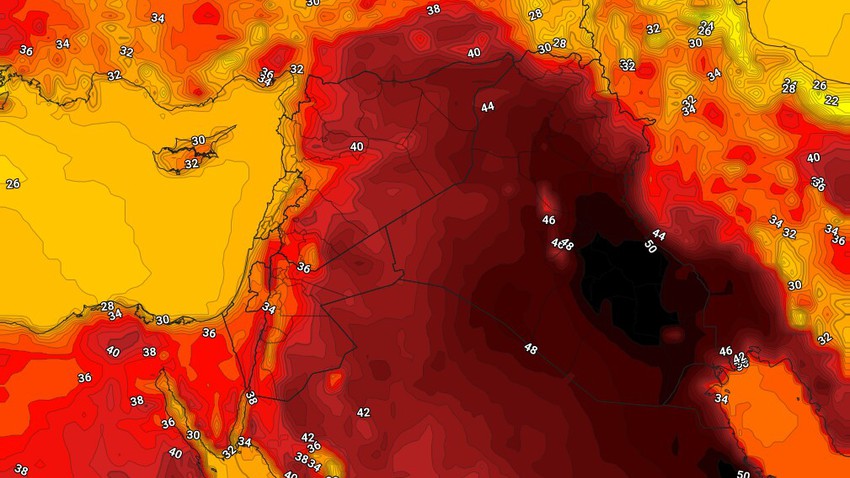 Arab Weather - Weather maps in the Arab Regional Weather Center indicate that the country will continue to be affected by the heat wave, as temperatures on Friday and Saturday remain about 6 degrees Celsius higher than their averages for this time of the year, and the weather is very hot and exhausting in general.

The very hot and disturbing weather continues in many areas during the night hours.

The behavior of extreme temperatures during the weekend

Winds will be variable in direction and light to moderate in speed in the west, while they will be west to northwest, moderate to active in speed over the rest of the regions, and they are accompanied by strong flashes in the southern regions, especially in the afternoon and evening periods, that are exciting for dust and dust, especially in the north and west.