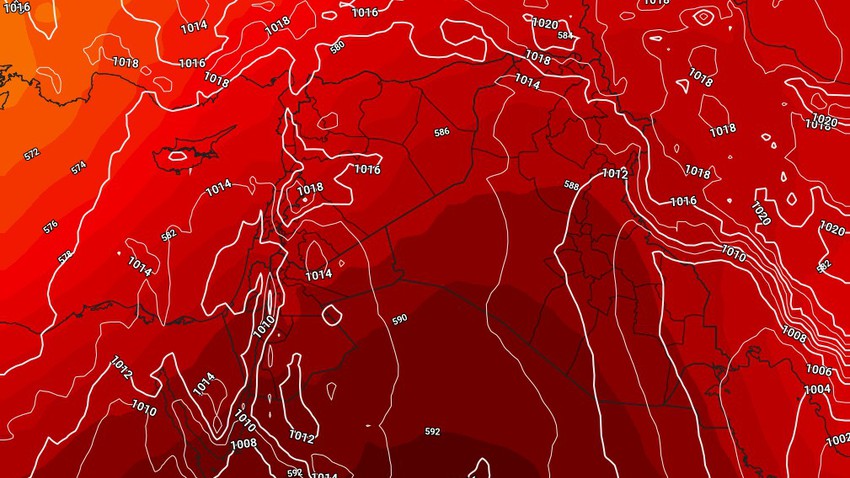 Arabia weather -   The latest output of the numerical models processed by the Air Operations Department at the Arab Regional Weather Center indicates a temporary decrease in temperatures on Friday, especially in the central and southern regions, to be lower than their rates for this time of the year, and the weather is dusty in many areas, and mild in the mountains. In the northern regions, it is warm to relatively hot in the western and northern regions, but it is hot in the rest of the regions. Clouds appear at different altitudes, especially in the northern regions, and there is a possibility of some precipitation over limited parts of the far north of the country in the border areas.

There is a decrease in night temperatures during the night of Friday / Saturday, and the weather becomes cold in the northern mountains, but it is warm in the rest. It tends to be moderate at the late night hours in the central and southern regions, while the weather is moderate in the northern and western regions, and tends to be cold at the late night hours. Above and dawn especially in those areas.

But on Saturday/Sunday night, the night temperatures rise significantly, and the weather becomes hotter than usual relative to the night hours in many areas.

At the end of the week, north to northwest winds known as the Al-Bawarih winds will blow over the country. They are moderate to brisk, accompanied by strong gifts, especially in the southern and eastern regions, and work to raise dust and dust, and may lead to the formation of dust waves, which causes an increase in dust rates and low visibility. horizontal.