Iraq - Weekend | Gradual rise in temperatures, especially in the northern and western parts 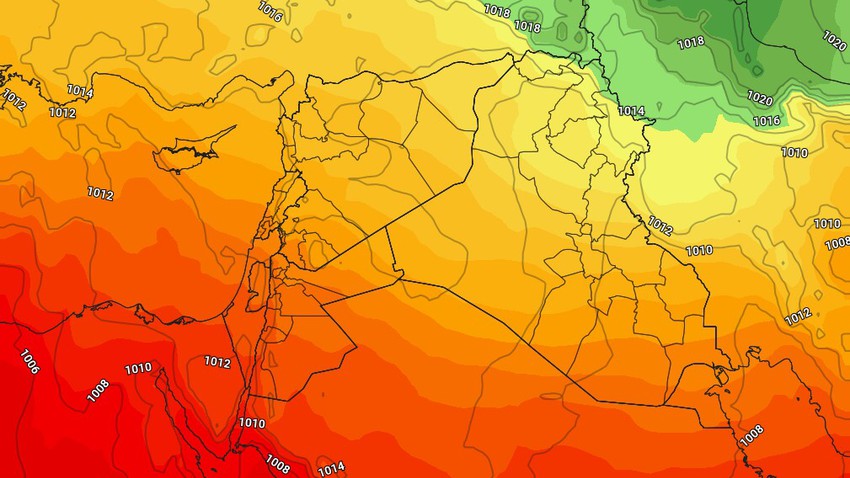 Clouds appear at different altitudes over most regions, and local showers of rain are likely over parts of the far southern regions, especially in the early morning hours.

There is an increase in night temperatures during the night hours of Friday / Saturday, and the weather is cold to very cold in the northern mountains, and pleasant in the northern, western and central regions, while it is warm in the southern parts during the early hours of the night, and the weather tends to be cold at the late night hours above many regions, and becomes more moderate in the far southern regions.

At the end of the week, moderate-speed northwest winds will blow over the country, especially in the central and southern regions, and work to raise dust and dust when active, and parts of the western regions are affected by dust transferred from the Jordanian Badia, especially on Friday.