Iraq - Weekend | The heat wave is intensifying and temperatures touch 50 degrees Celsius in the capital, Baghdad 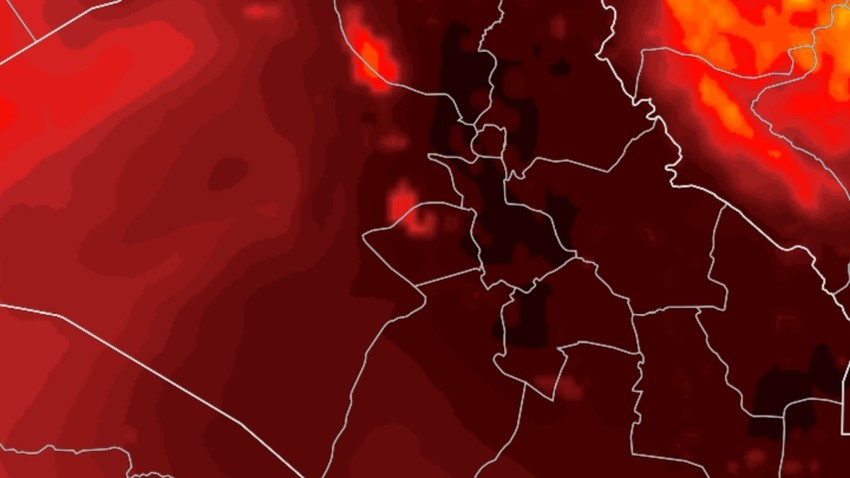 Arab Weather - The latest outputs of the numerical models processed by the Air Operations Department at the Arab Regional Weather Center indicate the intensification of the influence of the very hot air mass with Friday, so there is a clear rise in temperatures to be the highest rates for this time of the year by several degrees, and the weather is Very hot in all regions, coinciding with the dispersal of clouds at medium and high altitudes, which may be interspersed with cumulus clouds on the extreme northern mountains that may lead to thunder showers of rain in limited parts.

The winds will be variable in direction and light to moderate in speed, sometimes active in some areas and causing dust, while they are southwesterly active with speed on western Anbar and the most northwestern areas that are dusty and lead to a decrease in the range of horizontal visibility.

An additional intensification of the heat on Saturday

The effect of the heat wave is increasing on Saturday, and another rise in temperatures will occur. The weather will be very hot in all regions, and flaming in the central and southern regions, with clouds scattering at medium and high altitudes, and the opportunity remains ripe for local thunder showers of rain in parts of the northern mountains.

The heat intensified with the weekend nights

Night temperatures rise more during the weekend compared to previous nights, and the weather is hot and annoying in all regions, and very hot in the central and southern regions.