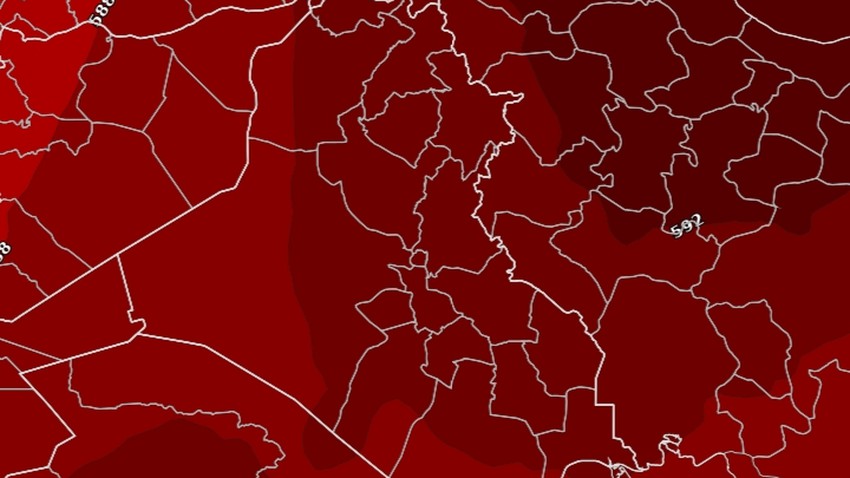 Arab Weather - Weather maps in the Arab Regional Weather Center indicate that there will be another small rise in temperatures on Friday and Saturday to continue above their rates for this time of the year, and the weather will be very hot and exhausting in all regions.

Temperatures exceed the mid-40s in some areas

Northwesterly moderate winds will blow over Iraq during the weekend, energizing at times and causing dust and dust, especially in the northern regions, and may lead to a decrease in horizontal visibility in some areas.