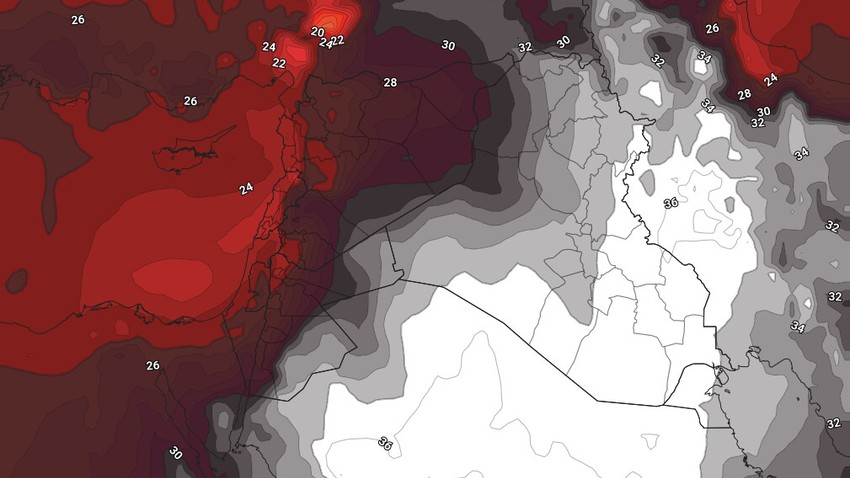 Arab weather - God willing, an escalating rise in temperatures is expected during all days of the week, so that the weather is very hot and exhausting in all regions, with the appearance of clouds at medium and high altitudes, all of which are of the non-rainy type, and the weather is at night hours throughout The nights of the week are moderate in the western regions, and relatively hot to hot in the rest of the regions.

Temperatures around 50 degrees Celsius in some areas

God willing, it is expected that the seasonal India depression will intensify and deepen, which is associated with a very hot air mass with a flaming center, and as a result, temperatures are expected to record levels around 50 degrees Celsius, starting from the middle of the week in large areas of southern Iraq, and according to the initial outputs, it is expected to approach Temperatures from 50 degrees Celsius in the capital, Baghdad, during the weekend.

Continuous blowing and activity of the northwest winds (Al-Bawareh)

It is expected that the northwest winds known as the Al-Bawareh winds will continue to blow throughout the current week, and will be moderate to active in speed and accompanied by strong gusts, but not as severe as they were in the past. Active winds raise dust and may form some dust waves in the southern regions.

Iraq Weekly Bulletin | Temperatures reach half the boiling point in the capital, Baghdad