Iraq Weekly Bulletin | A gradual decline in the heat wave in several regions of the country, except for the southern regions 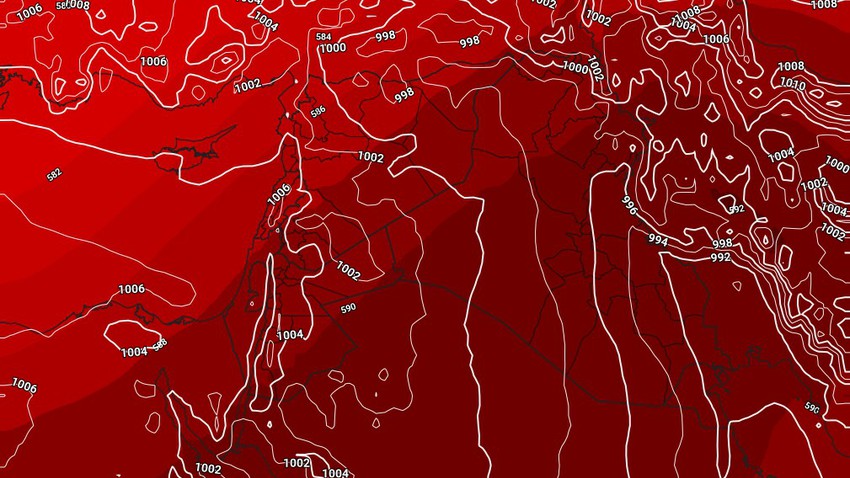 Arab Weather - The latest outputs of the numerical models processed by the Air Operations Department at the Arab Regional Weather Center indicate a decline in the impact of the heat wave from various regions of Iraq during the coming days, especially from the western regions, while the effects of the heat wave continue on the southern regions of the country, where temperatures drop. The temperature is gradually increasing in the northern, central and western regions, especially after the middle of the week, while remaining above its average rates. The weather will be hot in the western regions, and very hot in the rest of the regions, and the heat is more intense in the southern regions.

It is expected, God willing, that the maximum temperatures will be after the middle of the week, between the mid and late thirties in the west, and between the early and mid forties in the northern and central regions, including the capital, Baghdad, while they will be around the fifties Celsius in the southern regions.

The surface-thermal depression deepens over southern Arabia, leading to an intensification of western to northwestern winds over Iraq during the coming days, especially during the middle of the week, to be moderate to active speed over the northern and central regions and strong on the southeastern regions, accompanied by strong dust-inducing gusts. Perhaps dust waves, especially in the central and southern regions, in the middle of the week, which leads to a decrease in horizontal visibility.