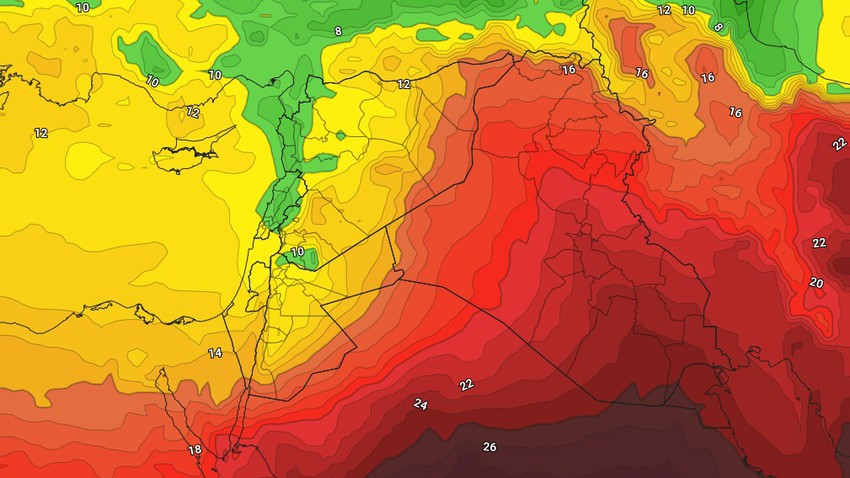 Arab Weather - The latest output of the numerical models processed by the Air Operations Department at the Arab Regional Weather Center indicates an increase in temperatures on Sunday and Monday, and the weather will be cold in the northern mountains, warm in the northern and western regions, and relatively hot to hot in the rest of the regions during Noon and afternoon hours with the appearance of scattered clouds at medium and high altitudes.

Iraq is affected again from Tuesday and during the rest of the week by a hot air mass, so there is a clear rise in temperatures, especially in the central and southern regions, and the weather is moderate in the northern mountains, and relatively hot in the northern and western regions, and generally hot in the rest of the regions. Temperatures exceed the mid-thirties in the capital, Baghdad, and the southern regions.

Night temperatures are rising, and the weather is warm at night

According to the latest outputs of the numerical models, it is expected that cumulus clouds will continue to form over parts of the far north of the country, and the chance of rain showers will be in different parts of those areas.

Winds blowing in a variable direction to the northwest

Northwesterly winds of variable direction, light to moderate in speed, are blowing on Iraq, energizing at times and causing dust and dust, especially in the western regions of the country.