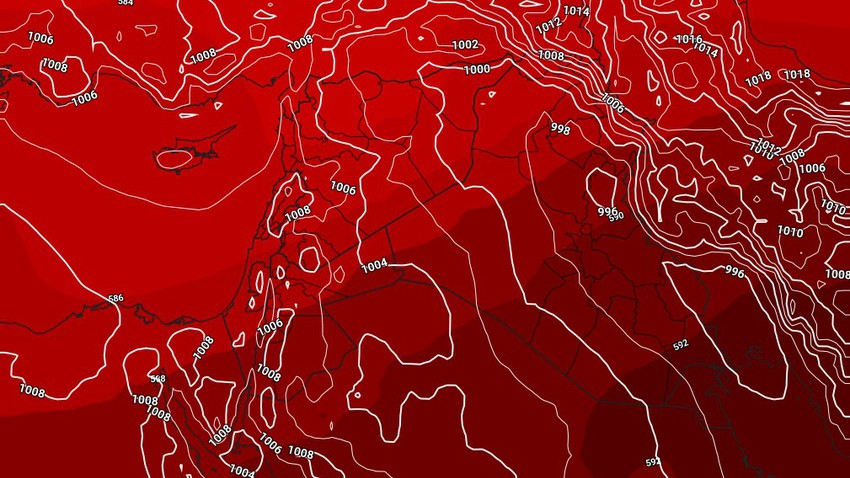 Arab Weather - The latest output of the numerical models processed by the Air Operations Department at the Arab Regional Weather Center indicates a rise in temperatures in the coming days, and the weather will be hot in the western regions, and very hot in the rest of the regions, especially in the central and southern regions, throughout the days of the current week.

Temperatures in the mid-forties in the capital, Baghdad

It is expected that the maximum temperatures in the western regions will be at the end of the thirties Celsius, while the maximum temperatures will be between the early and mid forties of Celsius in the rest of the northern and central regions, including the capital Baghdad, and may exceed that sometimes in some areas, and touches the end of the forties in the southern regions, including It is in Basra.

Western to northwest winds will continue to blow, moderate to brisk at times, accompanied by strong gusts that raise dust and dust, and may work to form some local dusty waves, especially at the beginning of the week, specifically on the western, central and southern regions, and lead to low horizontal visibility.

Hot weather in many areas during the nights of the week