Iraq Weekly Bulletin | An escalating rise in temperatures from Monday 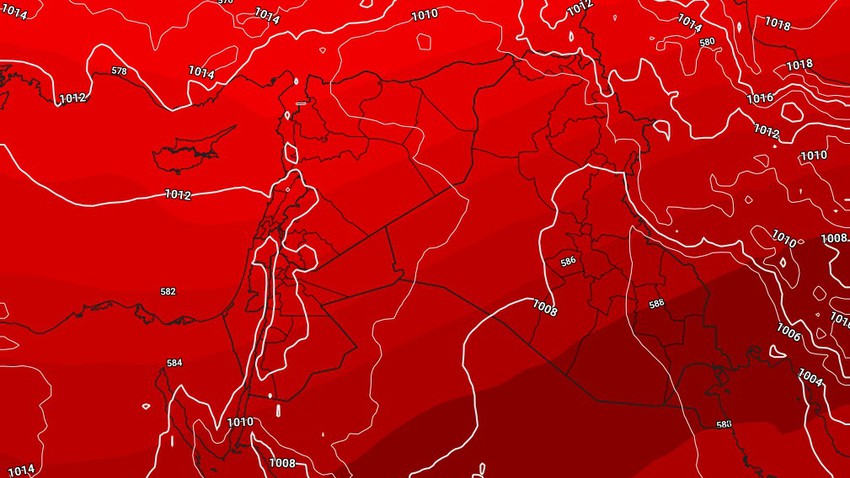 Arab Weather - The latest output of the numerical models processed by the Air Operations Department at the Arab Weather Regional Center indicates that the country is still affected by an air mass with temperatures lower than what is usual on Sunday.

So that the temperatures drop additionally and slightly to be lower than their rates for this time of the year by about 6 degrees Celsius, and the weather is moderate in the western regions, relatively hot to hot in the rest of the regions, especially the southern ones.

Night temperatures drop further, and the weather is relatively cold in the western regions, cold in the northern highlands, and pleasant in the rest of the regions.

Temperatures to rise from Monday

It is expected, God willing, that temperatures will rise steadily as of Monday while remaining below their rates, and become around their rates in the second half of the week, and the weather will be relatively hot in the western regions, hot to very hot in the rest of the regions, especially in the southern regions, with the emergence of Clouds at medium altitudes.

Northwesterly moderate to brisk winds at the beginning of the week

It is expected, God willing, that moderate to brisk northwest winds will blow on Sunday and Monday, accompanied by strong gifts in the southeastern regions, especially on Sunday, that will raise dust and dust, and may form dust waves, so respiratory and eye patients are advised to take the necessary precautions to avoid complications, God forbid. .

The winds become northwesterly to fluctuating in the rest of the week, being light to moderate in speed, sometimes active in some areas and working to raise dust and light dust.

For more news, download the Arabia Weather app from here.