Iraq Weekly Bulletin | An extension of an air depression to the northernmost regions and indications of a colder air mass, starting from Wednesday 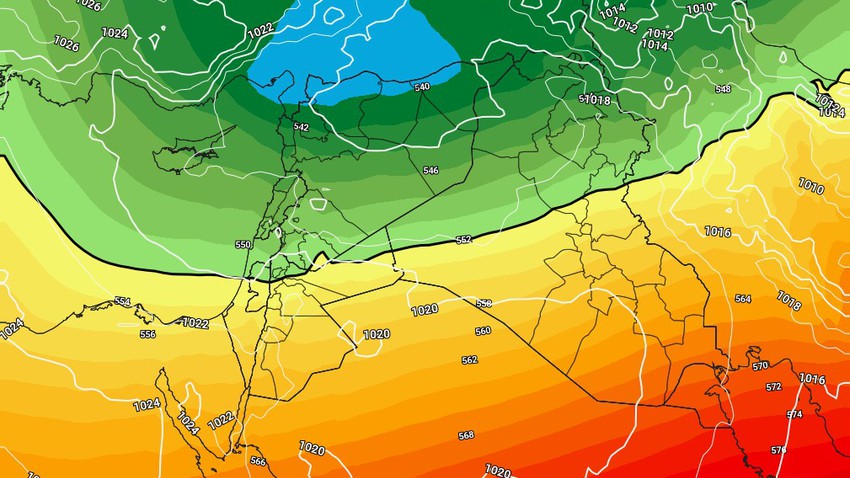 Arab Weather - The latest output of the numerical weather models processed by the Air Operations Department at the Arab Regional Weather Center indicates an increase in temperatures from Sunday to Wednesday to become higher than their rates for this time of the year, and the weather is very cold in the northern mountains, while it is cold Relatively to cold in the rest of the regions, especially in the western and northern regions, it becomes pleasant in the far southern regions.

Coinciding with the blowing of southeasterly to southwesterly light to moderate winds, sometimes active over some areas.

An extension of an air depression to the northernmost regions, starting Monday evening

It is expected, God willing, that night temperatures will rise compared to the previous nights in the coming days, and the weather will be bitterly cold in the northern mountainous heights with the formation of frost and freezing as a result of temperatures dropping below zero degrees Celsius by several degrees, while the weather will be cold to very cold in the rest of the regions at Late night hours, especially over the northern and western regions, with temperatures touching zero degrees Celsius in some areas.

The weather forecast staff at the Arab Regional Weather Center is monitoring the possibility of colder and polar winds rushing towards Iraq as of Wednesday, working to renew the chances of rain and snow in the far northern regions, while the winds are active and the rest of the regions are witnessing very cold weather.