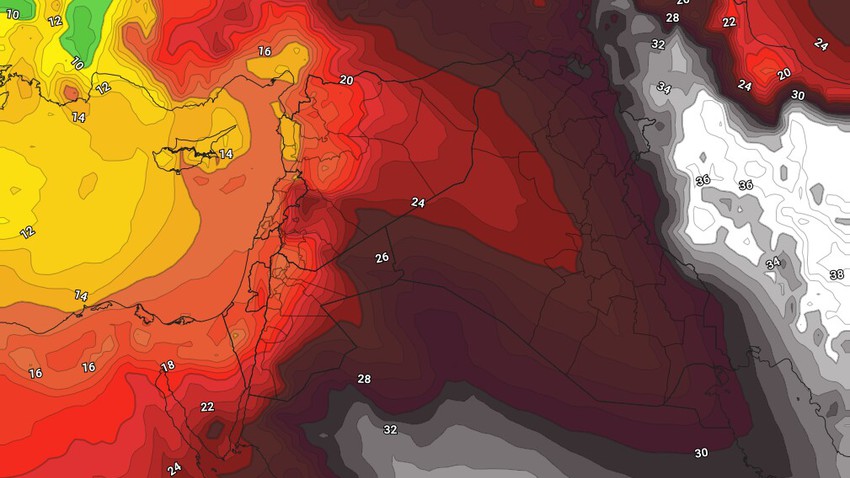 Arab weather - God willing, the weather is expected throughout the week to be relatively hot in the western parts, and hot to very hot in the rest of the regions, and temperatures will remain at forty levels in parts of the southern regions, with some clouds scattered at different altitudes, and the weather will be in Night hours are moderate to pleasant in the western regions, and moderate to relatively hot in the rest of the regions.

The latest outputs of the received numerical models indicate an intensification of the speed of the northwest winds, which is known locally as the Al-Bawareh winds, so that the winds are active in the southern regions throughout the week, accompanied by severe gusts exceeding the 90 km/hr barrier during the beginning of the week, and exceeding the 80 km barrier during The rest of the days, which leads to the formation of dust waves and perhaps sand storms, and warns of the danger of low and lack of horizontal visibility due to thick dust and raised dust, and patients of the respiratory system and eyes are advised to take the necessary precautions to avoid complications, God forbid.

While the winds over the rest of Iraq will raise dust and dust, but with less intensity and intensity than the southern regions, God willing.

Iraq Weekly Bulletin | Temperatures reach half the boiling point in the capital, Baghdad