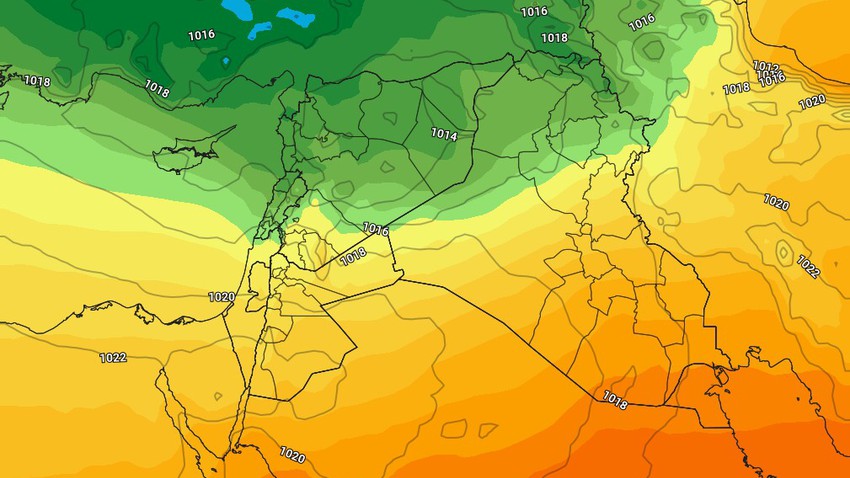 Arab Weather - The latest output of the numerical weather models processed by the Weather Operations Department at the Arab Regional Weather Center indicates fluctuations in temperature during the coming days.

Minimum temperatures are less than 10 degrees Celsius over large areas of the country, including the capital, Baghdad, and are much lower in the northern mountains.

Coinciding with the occurrence of a noticeable rise in surface humidity levels to exceed the 90% barrier over some areas, causing fog to form in parts of the country during some nights.

Northwesterly winds to variable direction will be blowing over the country during the coming days, they are moderate in speed, sometimes active over some areas, accompanied by strong flashes that stir up dust and dust, and may form dust waves.

Repeated chances of rain in the northern regions

It is expected, God willing, that amounts of clouds will appear at different heights, and showers of rain will fall on some areas, concentrated in the northern areas on Sunday evening and night, in the form of showers of snow or rain mixed with snow over the northern peaks, and some rain showers may extend towards other parts And limited, and chances of rain and perhaps snow are repeated after the middle of the week over the northern peaks. Details later.