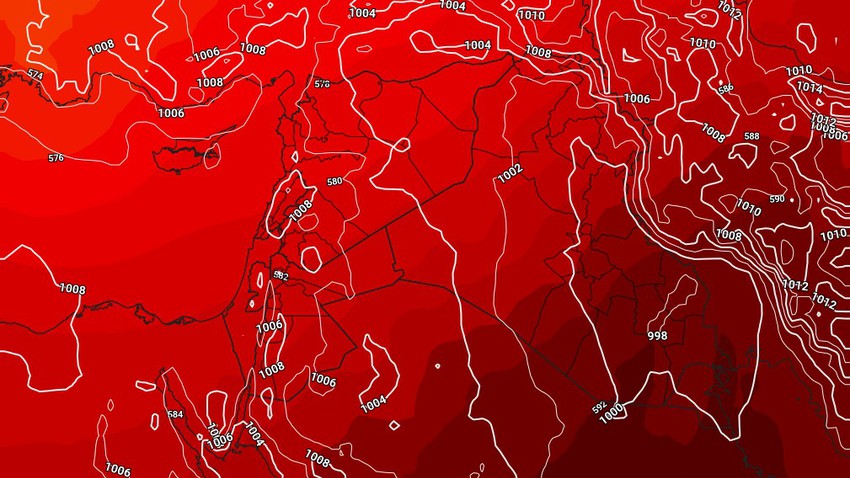 The hot air mass continues the rest of the week

Temperatures touch the end of the forties Celsius in some areas

Westerly to northwesterly moderate winds blow over Iraq, sometimes active and accompanied by strong gusts that raise dust and dust, and may form dust waves, especially at the end of the week, and lead to a decrease in horizontal visibility, especially in the northern and southeastern regions.

Hot weather most nights of the week