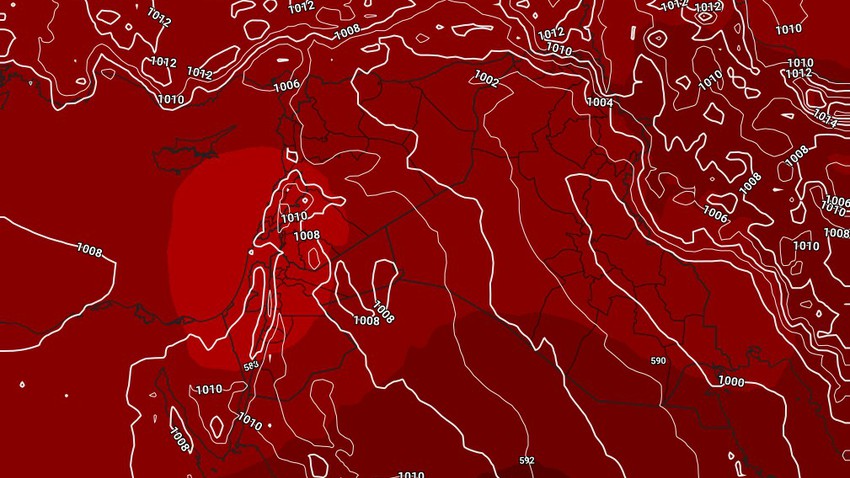 Arab weather - the latest outputs of the numerical models indicate the prevalence of very hot weather throughout the week over all regions of Iraq during daylight hours, so that temperatures are generally at forty levels, and may approach the 50-degree barrier in some areas, especially at the end of the week and include including including Parts of the capital, Baghdad, while the weather during hours is relatively hot in the western and northern regions, and hot to very hot in the rest of the regions throughout the nights of the week.

This coincides with the continuation of daily northwest moderate winds, sometimes active and working to raise dust and light dust over some areas.

Daily chance of thunderclouds forming over the northern highlands

It is expected, God willing, that medium and high clouds will continue to appear daily, which may be interspersed with some thunder clouds, so that the opportunity is generally prepared daily for thunderstorms of rain in parts of the northern mountainous heights, especially in the border areas, and the rain is actively accompanied by the speed of the exciting surface winds. for dusting.