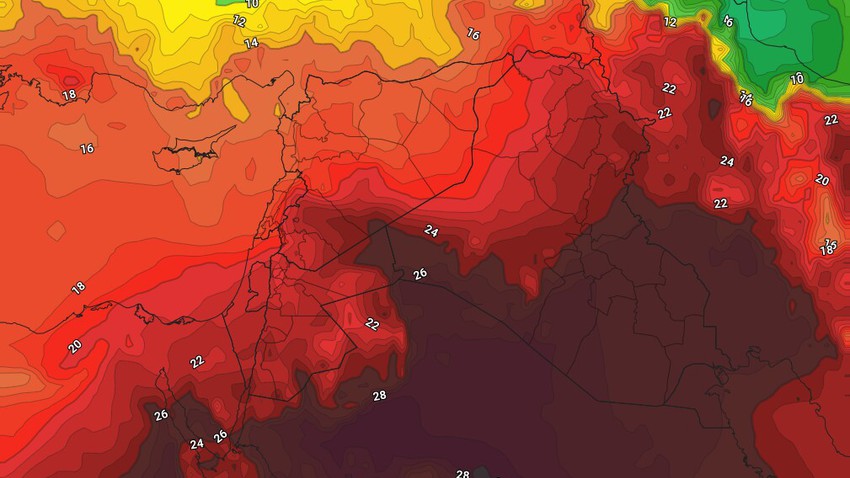 Arab Weather - The temperatures are higher than their normal rates for this time of the year throughout the week, and the weather is generally hot, with the exception of the northern mountainous highlands, and very hot in the central and southern regions, and temperatures are at forty levels above those regions, including the capital, Baghdad. Most nights of the week are generally warm.

From Sunday to Thursday, Iraq is affected by a state of atmospheric instability, so that quantities of clouds appear at different altitudes, especially medium and high, and thunderstorms of rain fall in random and geographically narrow areas, the rains of varying intensity and it is not excluded that they will be heavy in some areas , And thunderclouds are associated with blowing winds fluctuating within the framework of their influence, which causes the occurrence of dense dust waves at the front of the thunderstorms, and they move with them in the event of their movement from one region to another, so it is alerted of the danger of a decrease in the horizontal visibility due to the dense dust, including international desert roads.