Is climate change really responsible for the extreme weather conditions that affected Gulf countries during the month of July? Here is the study 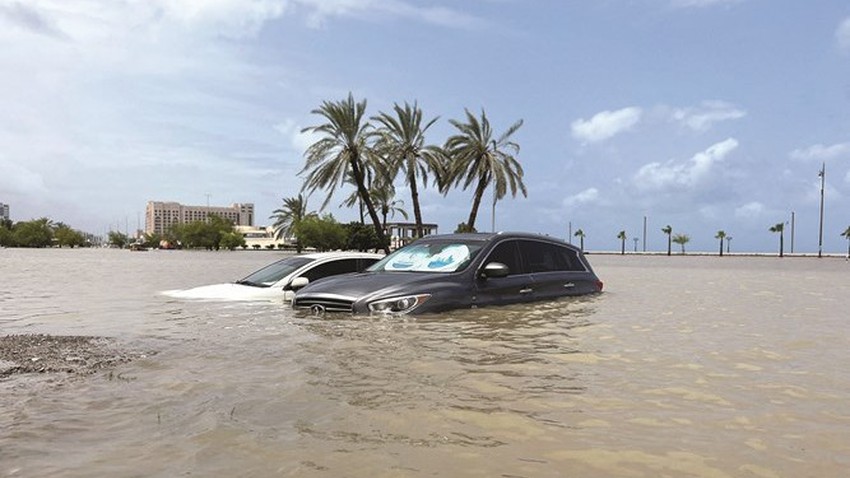 Weather of Arabia - The southeast of the Arabian Peninsula, including Oman and the Emirates, went through a rainy and humid month, as it was affected by many extreme weather conditions from the general and usual pattern in the region, and in a manner similar to the same effects that occurred in the past, specifically the summer of 1995/1996 and a vivid example of what was happening In the summer climate of the Arabian Peninsula thousands of years ago (the Holocene era), as reported by various studies in this regard.

Specialists in the Arab Weather Center say that, shortly after the beginning of July 2022, radical changes were observed at the level of the air systems in the region, which, God willing, resulted in the extension of air depressions (eastern waves) from India to southern Arabia on more than one occasion during the month of July. Unusually. These rushing waves, one after another, caused significant rainfall in parts of the Sultanate that exceeded the 300 mm barrier, and the port of Fujairah in the UAE received the highest amount of rain during the month of July in 27 years, while Qatar witnessed rains that did not occur in July. Sixty years ago, these waves resulted in the formation of torrential torrents, which caused significant damage to the infrastructure in parts of the mentioned Gulf countries.

The most important scientific reasons behind the rare rainfall in some Gulf countries?

Specialists in the Arab Weather Center say that the general pattern of the atmosphere witnessed a remarkable change in the region during the month of July, represented by the displacement of the "eastern" tropical jet stream from the south of the Indian subcontinent towards its north, and thus provided the opportunity to enter and extend the Monsoon depressions towards the south of the Arabian Peninsula in an unusual way. The behavior of the eastern jet stream (which are fast-moving air currents that occur at high altitudes) was capable of shifting the subtropical high altitude sometimes to the north towards the Levant and at other times to the Iranian lands, giving way to the penetration of the humid tropical winds towards the Arabian Peninsula forming extended eastern grooves From the primary (mother) depression. This shift in the jet wind system in the upper atmosphere, as mentioned above, also had a great impact on the flow of water vapor with tropical characteristics, exceptionally, from the northwest Pacific Ocean through northern India towards the atmosphere of the Arabian Peninsula.

The center's specialists add that the constant distribution of weather systems throughout the month in this way, in turn, led to the continued influx of depressions from India to southern Arabia on many occasions. In light of the extremely high temperatures in the lower layers of the atmosphere, the seasonal belt of convergence of winds (ITCZ) pushed into the depths of the Arabian Peninsula and interacted with the atmospheric depressions to form a high-energy lifting front that stimulated the atmosphere to form deep cumulus cells, especially with the warming occurring in the Sea of Oman, which is one of the factors The positive also increases the evaporation process and the transfer of energy to the atmosphere. 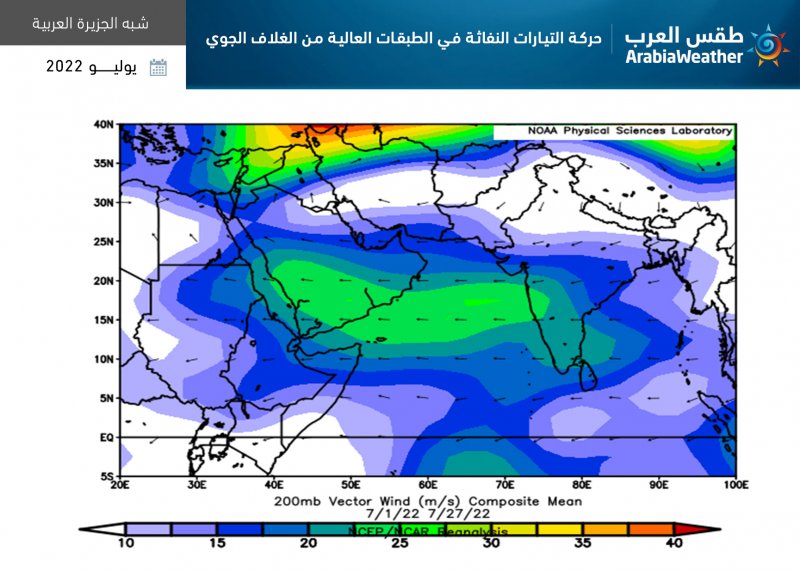 As for climatic causes, it is believed that the La Niña phenomenon has indirect effects in the crystallization of these weather patterns, through its effects on the behavior of the Hadley cell, which in turn led to affecting the system of jet currents in the upper atmosphere, in addition to the direct link between the Hadley cell and the behavior of the seasonal belt of wind convergence. ( ITCZ) . The crossing of the (MJO) phenomenon over the region enhanced the formation of eastern tropical waves in the Arabian Sea due to the strong activity of the westerly winds in the Indian Ocean (north of the equator).

To what extent is the rare summer rains related to climate change?

Specialists in the Arab Weather Center believe that this change in the weather patterns and successive rain waves that affected the Arabian Peninsula cannot be considered irrefutable evidence that it is due to climatic changes, as these precipitations were repeated, for example, in Oman and similarly in the UAE in 1995 and in Qatar 60 years ago. While these precipitations may be the beginning of a new climate behavior in the region, especially with the beginning of the gradual increase in the frequency of rainy cases in the summer of the Arabian Peninsula during the last three years, the only thing that proves this hypothesis is the rainy ancient climate experienced by the Arabian Peninsula thousands of years ago, which coincided At that time with rising temperatures in large parts of the planet.

And the specialists at the center add that if the situation continues as it is with the recurrence of rainy conditions in the summer of the Arabian Peninsula during the coming years, it will undoubtedly be part of climatic changes and it may be a climatic cycle for decades that represents a similar summer fertile stage, even if in a way It runs in some periods of the ancient climate, so what will happen in the coming years will support or refute this theory.

And the mercy of God Almighty remains above everything, and we ask the Almighty to grant us relief.