It is said that snow is “the fertilizer of the poor.” How does snow fertilize the soil and promote plant growth? 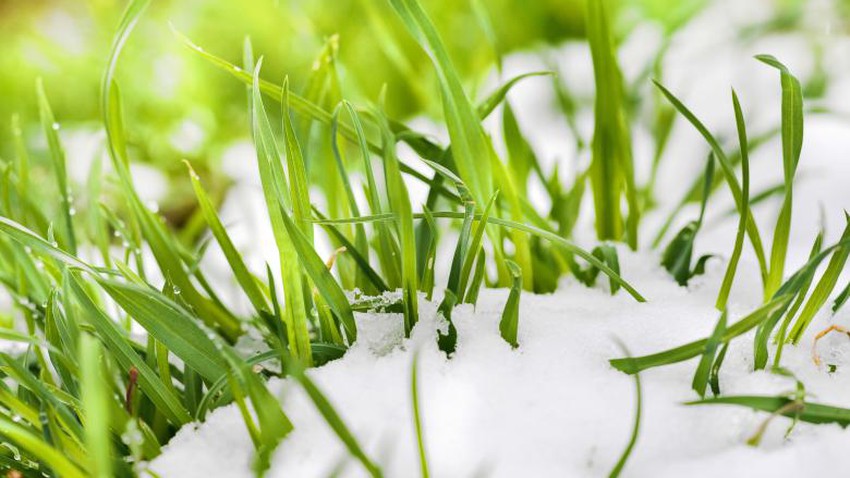 Arab weather - the accumulated snow covers the ground as a blanket, revealing, after melting, a green suit of plants and herbs that flourished due to the snowfall. Some may think that the reason for this is that the snow has watered the ground and plants with water, but the fact is that the snow fertilizes the soil and brings great benefits. It, how is that?

Snow fertilizes the soil and supplies it with nitrogen

Although the atmosphere contains a large amount of nitrogen gas (nitrogen makes up 78% of our atmosphere), plants and animals can only use it when the nitrogen gas is "stable" in the usable form of nitrate or ammonium.

Most of these nitrogen-fixing processes are performed by specialized anaerobic bacteria that live within the root nodules of leguminous plants (eg peas and beans) and once nitrogen is fixed, it is rapidly absorbed by plants and transmitted through a vital cycle from air to soil to organisms and back. As a result, there is not much nitrogen left in the soil.

Therefore, snow is important in providing the soil with nitrogen, which is converted in the soil into ammonia (NH3) so that plants can benefit from it, and snowfall nourishes our gardens and farms so that plants flourish in the coming spring.

Another benefit of snow in promoting the growth of plants is that snow forms an insulating blanket on the ground so that its properties protect the soil and plants from drying out due to wind and low air temperatures, and it also helps isolate plants whose roots have been exposed and exposed to the air.

Bulbs of plants such as tulips and garlic, which need cool temperatures to grow, can benefit from snow cover that provides moisture and fertilization and prevents frost, so some stack snow around newly planted trees for added protection and insulation.