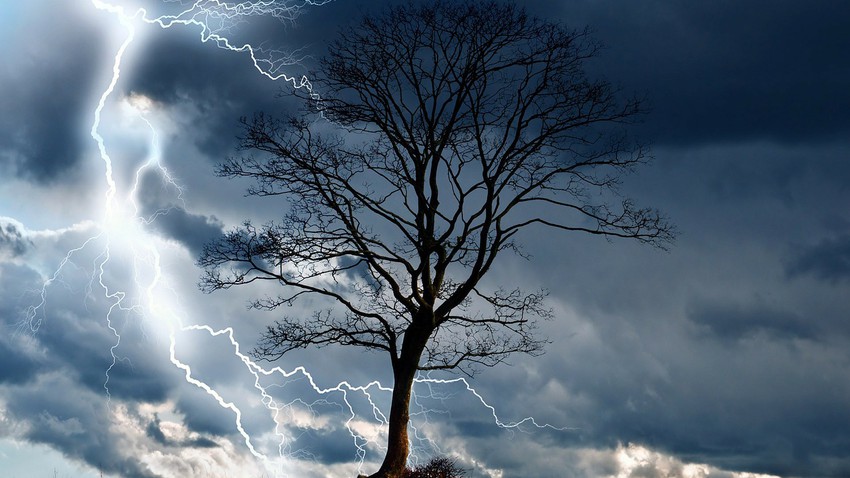 Arab Weather - The weather forecast staff in "Arab Weather" looks with optimism at the atmosphere of the last third of the current month of January in terms of the continued influx of air depressions that carry cold and rainy weather for the eastern Mediterranean and Iraq, God willing.

In the details, the region is on a date with an air depression on Sunday 23-01-2022, so that rain falls in different parts of the Levant and Egypt, amid expectations of a sharp drop in temperatures in most areas and the weather turns to become very cold in several regions, with expectations of snowfall And snow mixed with rain on some of the heights of the Levant (details will be discussed later).

The same air depression, God willing, will move away from the region on Monday, but the remnants of the extremely cold air mass associated with it are expected to keep the opportunity ready for scattered and intermittent rainfall in parts of the Levant, and rain opportunities extend to parts of Iraq on the same day.

According to the numerical simulation indicators of the atmosphere, another air depression will affect the region, God willing, on Tuesday 23-01-2022 and is accompanied by a polar mass of origin, so that rain will fall in several parts of the Republic of Egypt on Tuesday, provided that the chances of rain extend to large parts of the Levant On Wednesday, it is expected that this depression will bring more rain to several parts of the Levant, and thus the Levant will be under the influence of a series of successive weather conditions one after the other, thanks to God.

According to the same data obtained by the "Arab Weather" center, the cold polar winds will be concentrated over the Balkan basin and western Turkey, and the arrival of this polar air mass to those areas may find a paved way in front of it to reach the eastern basin of the Mediterranean, including the Levant, God willing, but the precipitation Snow requires more complex atmospheric systems to cause large-scale snowfalls in the Levant, including the drop of the polar mass directly to the water basin from the eastern Mediterranean so that an atmospheric depression is formed and works as a generator for the occurrence of rain and snow precipitation.

And computer modeling, which are numerous, indicates that the poor localization of the air altitude to the west (more than required) of the European continent and the large cold masses east of the European continent, may lead to the circulation of air attracted towards these blocks, preventing it from liberating and pushing it strongly towards the south, i.e. the eastern Mediterranean, which is This means that there is a low probability of large-scale snowfalls in what is known as the “comprehensive snow” in the south of the Levant. Therefore, the weather forecast cadre is monitoring computer modeling updates and what may result in the coming days, and we will provide you with the details through our upcoming reports, God willing.

In view of the continued presence of an atmospheric high over the eastern Atlantic and western European continents, and despite the long period of time, the indicators of the numerical simulation of the atmosphere show that the opportunity is still favorable for the recurrence and continuity of the orientation of cold air masses of polar origin to the regions of eastern Europe and the Balkans, and it is considered The last regions are the main feeder for the eastern basin region of the Mediterranean Sea in terms of the emergence and development of winter air depressions, so the opportunity is still favorable, God willing, for more weather conditions and depressions, where more rain is expected, God willing.

Iraq is under the weight of the dust storm.. and airports announce the suspension of flights