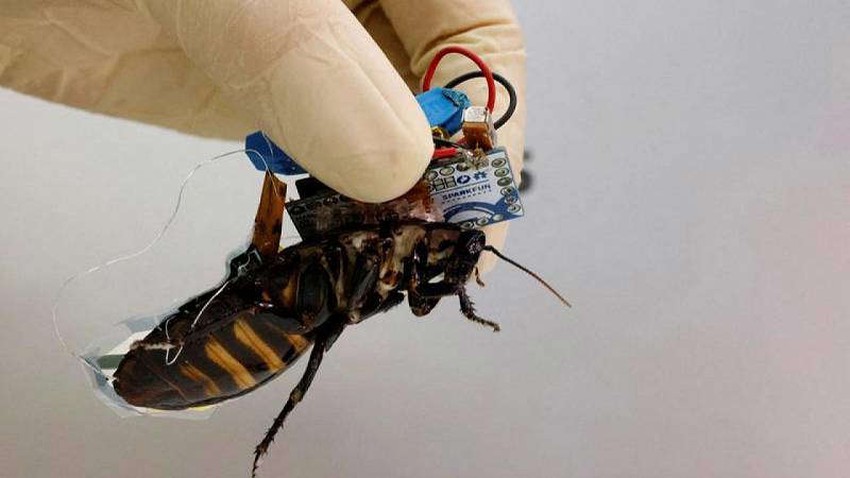 Weather of Arabia - The process of searching for disaster survivors under tons of rubble is a great challenge that sometimes ends in the loss of many lives, but in the not-too-distant future, the first responders to search for survivors after a devastating earthquake may be swarms of cockroaches!

This is a potential application of a recent innovation by Japanese researchers who succeeded in installing "backpacks" of solar cells and electronics on insects and controlling their movement via a remote control.

Kenjiro Fukuda and his team in the Thin Device Laboratory at Japanese research giant Riken have developed a flexible film of solar cells that is four microns thick, about a quarter the width of a human hair, and can fit into an insect's abdomen. 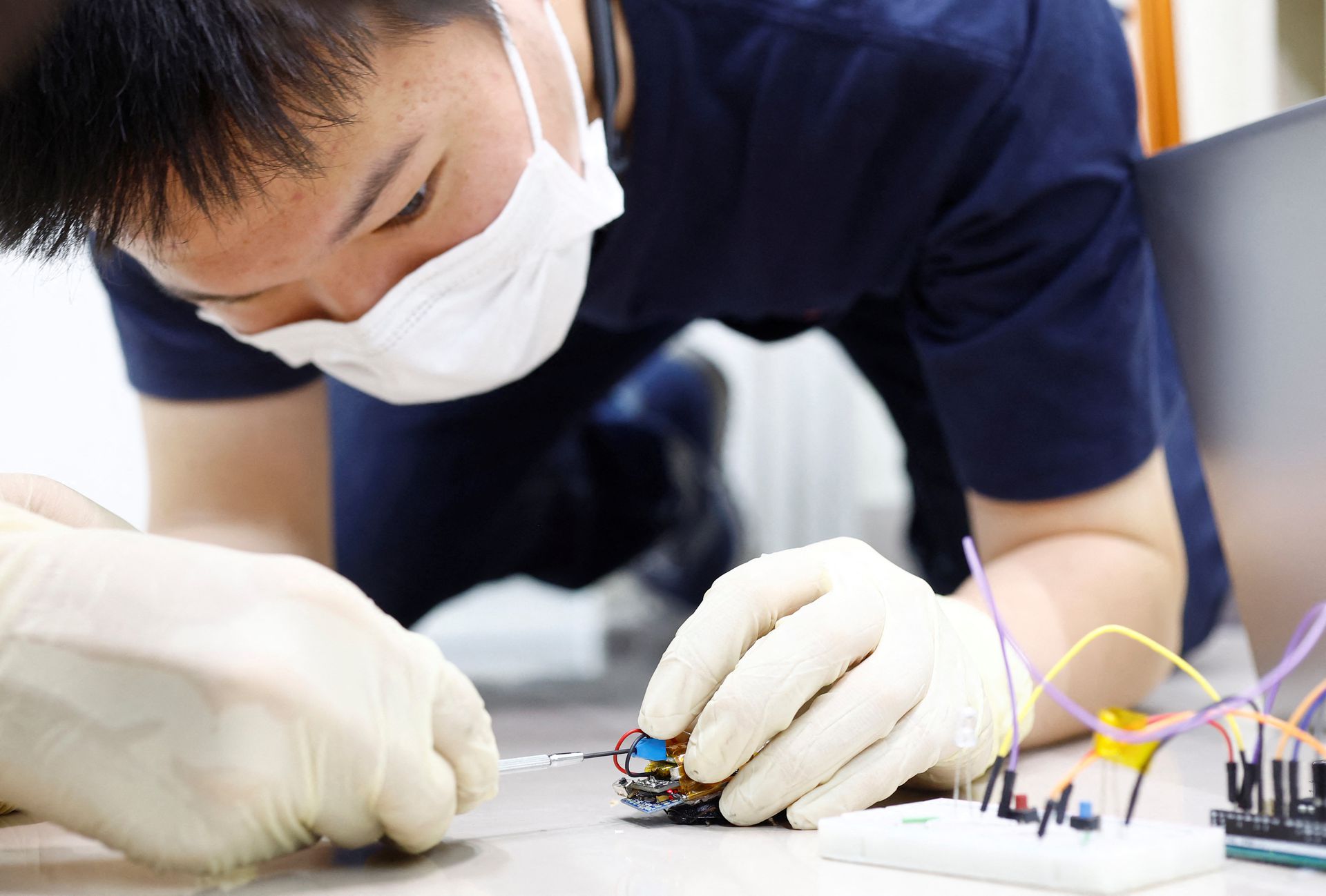 The film allows the cockroach to move freely while the solar cell generates enough energy to process and send directional signals to the sensory organs at the insect's rear.

The work is based on previous pest control experiments at Nanyang Technological University in Singapore and could one day produce hybrid cyborgs, meaning that they combine their natural biological makeup with advanced equipment installed in their bodies and can enter dangerous areas more efficiently than robots.

"The batteries inside the small robots run out quickly, so the exploration time becomes shorter," Fukuda said. "The main advantage (of a cyborg) is that when it comes to the insect's movement, the insect is moving on its own, so the electricity required is not as much."

Fukuda and his team chose Madagascar crickets for the trials because they are large enough to carry equipment and have no wings to get in their way. Even when the backpack and film are glued to their backs, insects can pass small obstacles or reposition themselves if they are overturned.

There is still a long way to go for this research. In a recent demonstration, Riken researcher Yujiro Kaki used a specialized computer and Bluetooth wireless technology to tell a cyborg cockroach to turn left, causing it to rush in that direction. But when the signal "to turn right" was given, the insect moved in circles. 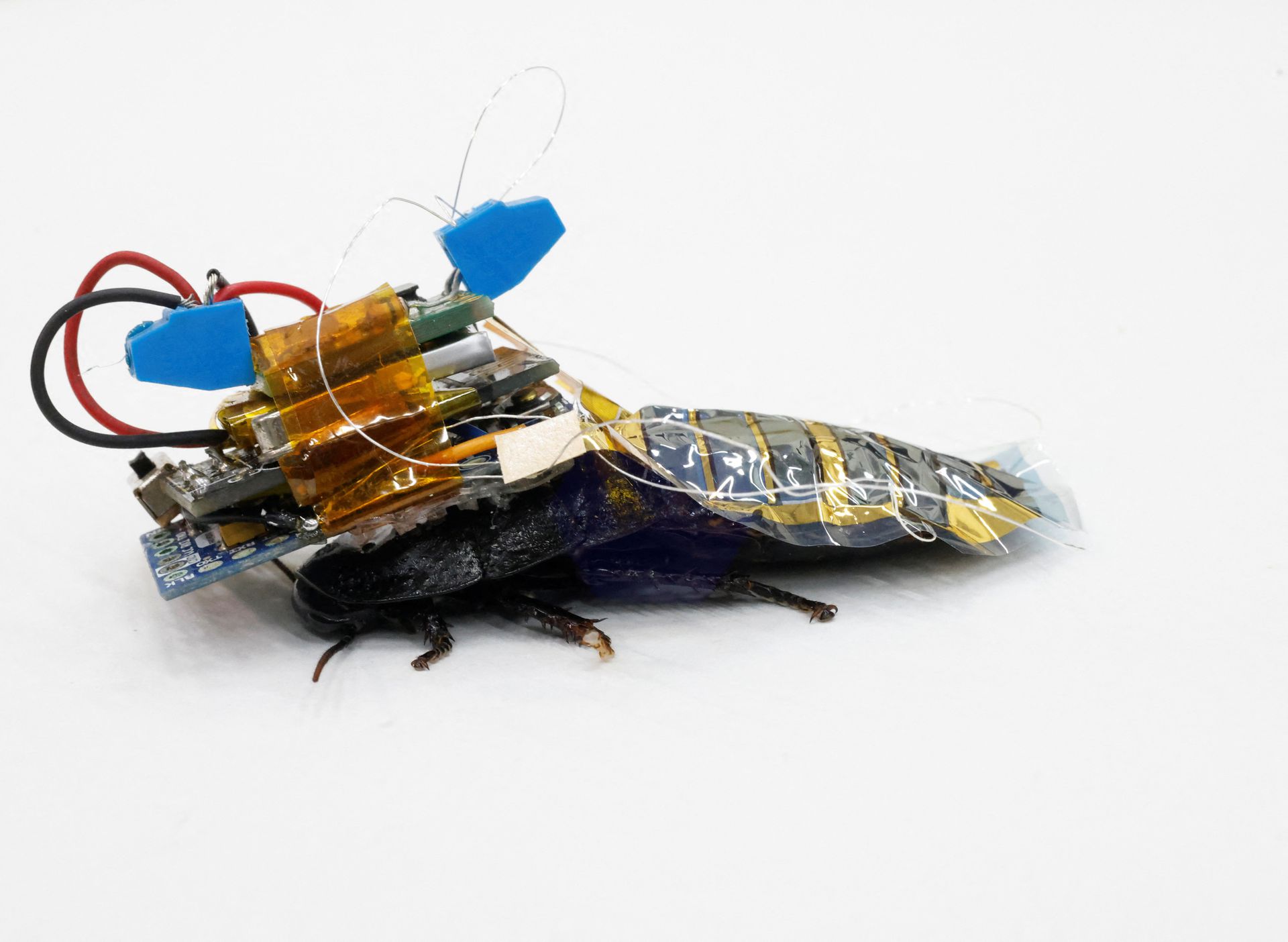 The next challenge is to make the components smaller so that insects can move around more easily and to allow the installation of sensors and even cameras. The backpack and film can be removed, allowing the cockroaches to come back to life in the lab. The insects mature at four months and have been known to live up to five years in captivity.

Beyond disaster rescue insects, Fukuda sees wide applications for solar cell film, which is made up of microscopic layers of plastic, silver and gold. The film can be incorporated into clothing or skin tags for use in monitoring vital signs. On a sunny day, he said, a canopy covered with the material could generate enough electricity to charge a mobile phone.