Jeddah: High temperatures and hot and humid weather, with the possibility of light fog forming in the morning in some areas during the weekend 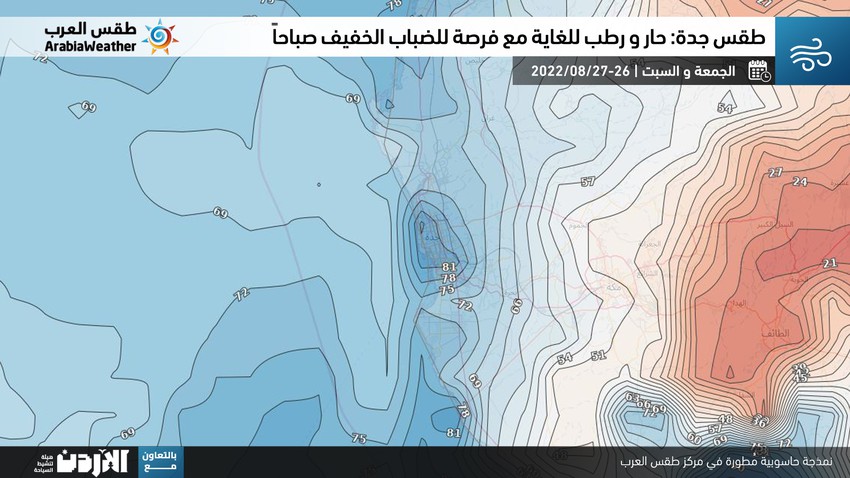 Arab Weather - Weather maps indicate that temperatures will rise in the city of Jeddah during the weekend, so that hot weather will prevail during the day in most areas, God willing.

In the details, it is expected that the weather will be hot and humid in the city of Jeddah on Friday and Saturday, with a slight rise in temperatures on Friday and another rise on Saturday, and the city will cover quantities of clouds at high and medium altitudes, especially at night, and the winds will be choppy in the direction between southeast And northwest, light to moderate speed.

During the night hours, the weather is relatively hot with a noticeable rise in surface humidity, with the possibility of light fog forming in some areas, especially south of the city, in the early morning and dawn hours of Friday, and the winds will be volatile and moderate in speed in general.