Jordan | A clear rise in temperatures on Thursday and Friday, and a return to the summer weather 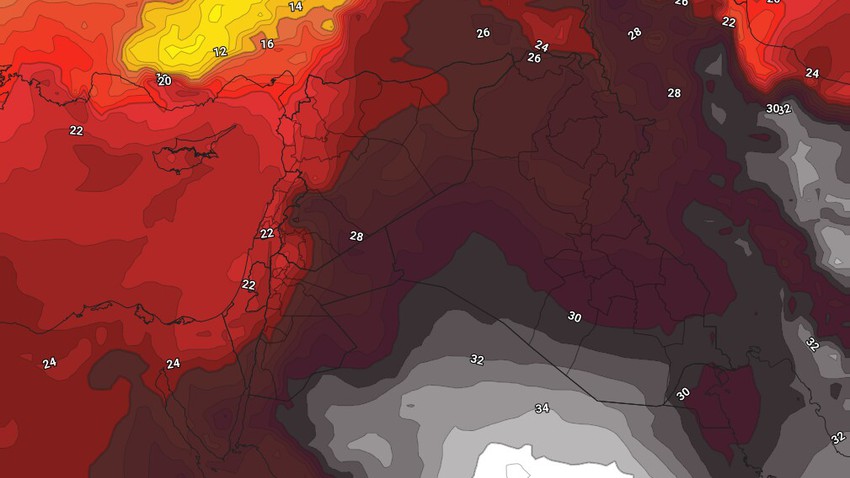 Arab Weather - Weather maps in the Arab Regional Weather Center indicate a rise in temperatures on Thursday to be around their rates for this time of the year, and the weather is normal summer in mountainous areas, while it is hot to very hot in the Jordan Valley, Dead Sea and Aqaba city areas with Clouds appear at medium altitudes in some areas.

There is a further rise in temperatures on Friday, so that there is a further rise in temperatures to be higher than their rates for this time of the year, and the weather is normal summer in the mountainous heights, relatively hot in the rest of the regions of the Kingdom, and very hot in the regions of the Badia, the Jordan Valley and the sea Dead and the city of Aqaba so that the temperatures touch the forties degrees Celsius in those areas.

There is a clear rise in night temperatures compared to the previous nights, and the weather is moderate in the western and eastern plains of the Kingdom, while it is warm in the rest of the Kingdom, especially in the regions, especially during the early hours of the night.

Blowing of the northwest wind in the afternoon and evening

On Thursday and Friday, the winds will be variable and light in speed at the beginning of the day, turning to northwest / northwest, moderate speed during the afternoon and evening hours. They are sometimes active, especially in the eastern regions, and they raise dust and dust in those areas.