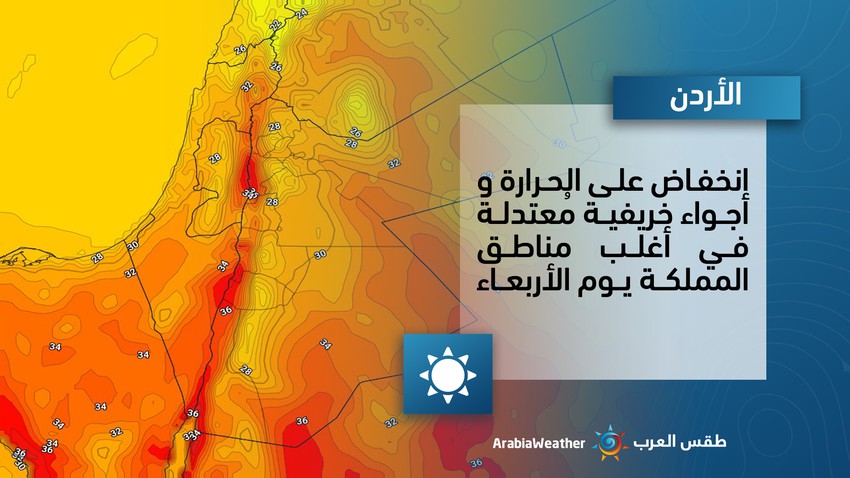 Arab Weather - Temperatures will drop slightly on Wednesday, so that they are around their usual rates for this time of the year, according to the daily report issued by "Arab Weather" .

In the details, temperatures are expected to drop slightly on Wednesday, and a mild autumnal atmosphere prevails in the Jordanian capital and cities during the day, with the highest in the mountainous regions in the late twenties, while the greatest is recorded in the Badia, the Dead Sea and Aqaba in the mid-thirties, which is below their rates. The usual, with a relatively hot atmosphere, and moderate northwest winds, sometimes active.

At night, a nice and humid atmosphere prevails in all regions, and the weather tends to get cold in the mountains and eastern plains, especially during the late night hours.