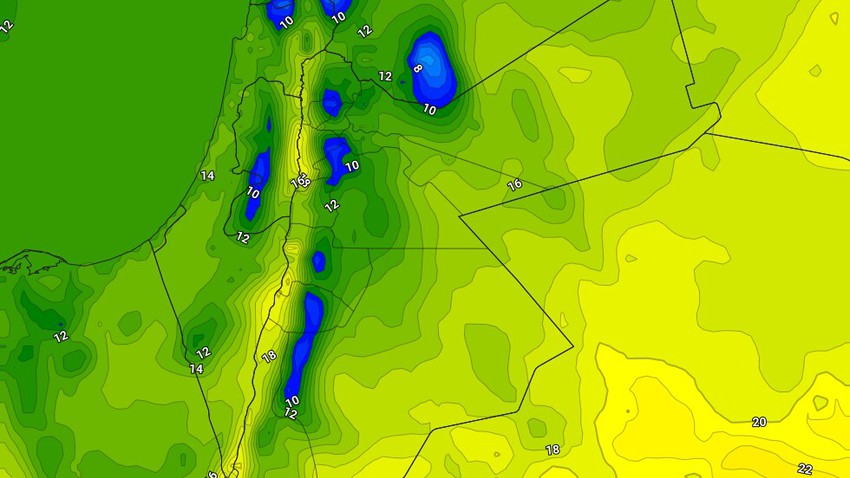 Arab weather - It is expected, God willing, that the temperatures will drop on Tuesday to remain several degrees below their rates for this time of the year, and the weather will be cold in general, especially over the mountainous heights.

Amounts of clouds appear at medium and low altitudes in many areas, and the possibility of local showers of rain is present in limited parts of the north of the Kingdom.

The winds are northwesterly, moderate in speed, active sometimes in the afternoon and during the afternoon, causing dust and light dust in the desert areas.

Temperatures drop at night, and the weather is generally very cold during the late night hours, coinciding with a noticeable rise in surface humidity and dew forms in various regions.

The lowest temperatures approach zero degrees Celsius in many mountainous heights and parts of the valleys and the Badia, with the formation of frost in those areas, including agricultural areas.

The winds will be northwesterly, light to moderate in speed in all areas, sometimes active in open areas, and turn to variable direction and light speed with the late night hours.