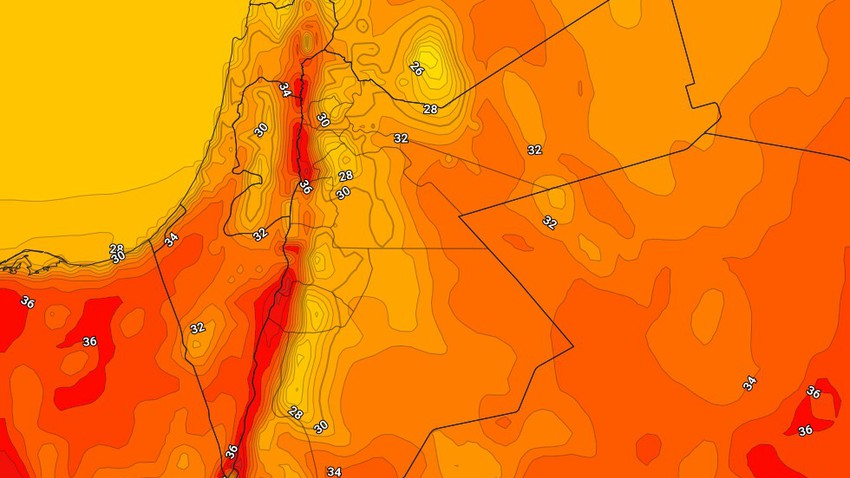 Arab weather - God willing, it is expected that the influence of the moderate air mass will decline slightly, so that temperatures rise slightly on Monday, with temperatures remaining below their rates for this time of the year, and the weather will be moderate in autumn in most regions of the Kingdom, relatively hot to hot in the Jordan Valley and the sea. The dead and the city of Aqaba, in addition to parts of the desert.

The wind will be westerly moderate in speed, active at times, especially in the afternoon and afternoon hours, working to raise dust and dust in the desert and open areas.

The wind will be northwesterly to variable direction, light to moderate in speed.