Jordan | A heat wave will affect the Kingdom, starting from Wednesday, and will continue for several days 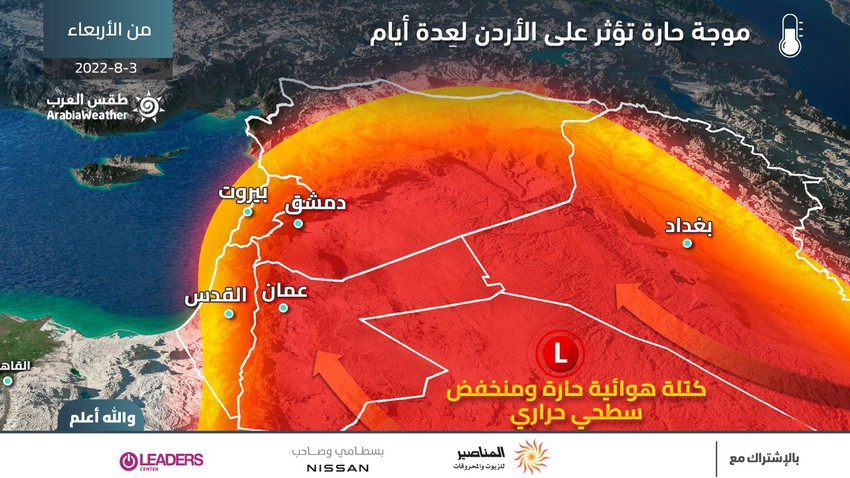 Arab Weather - The weather maps in the Arab Regional Weather Center indicate that the Kingdom is affected by a heat wave as of Wednesday, and its effects are increasing on Thursday and the end of the week, as temperatures rise clearly and the weather is remarkably hot in all regions of the Kingdom, and very hot in low places, including the Jordan Valley. The Dead Sea and the city of Aqaba, in addition to the eastern Badia regions of the Kingdom.

Temperatures touch the end of the thirties in the east of the capital, Amman

With the Kingdom affected by the heat wave on Wednesday and the end of the week, the maximum temperatures exceed the mid-thirties Celsius in the main cities and approach the end of the thirties in some cities and neighborhoods, including east of the capital Amman, while they are in the early forties in the Jordan Valley and Aqaba and in the mid-forties in the desert areas.

Night temperatures rise during the influence of the heat wave, and the weather is warmer than usual relative to the night hours in all regions, relatively hot in the Jordan Valley and desert areas, but the weather tends to moderate slightly in some mountainous heights and eastern plains during the late night hours and early morning.

What is the cause of the expected heat wave in Jordan? 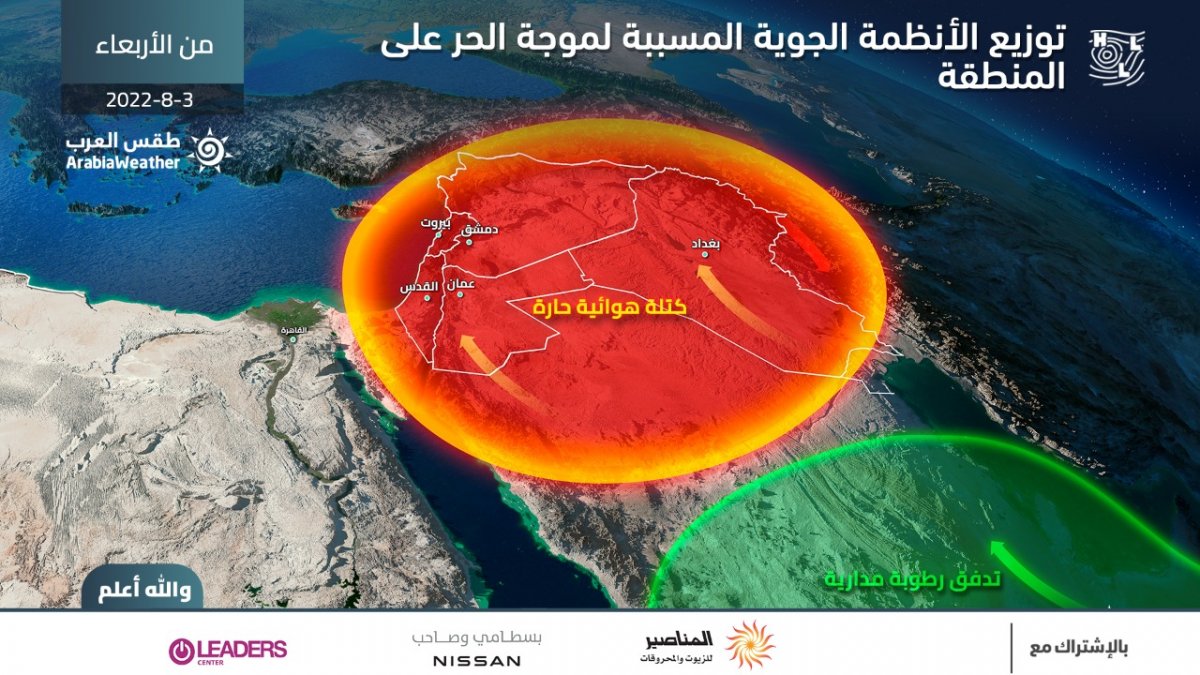 The scientific reason behind the Kingdom being affected by a heat wave in the coming period is due to the rush of very humid winds towards the Arabian Peninsula, specifically Saudi Arabia, accompanying an air depression in the upper layers of the atmosphere, and as a result the hot air mass penetrates to the north more, accompanied by a seasonal air depression in the lower layers of the atmosphere, causing a wave lane.

In light of the expected weather conditions, the recommendations are repeated that it is necessary to drink liquids constantly and not to be exposed to long and direct sunlight, in addition to not leaving children inside closed vehicles under the sun.