Jordan | A hot air mass rushing from the desert of the Arabian Peninsula towards the Kingdom, starting Thursday.Details 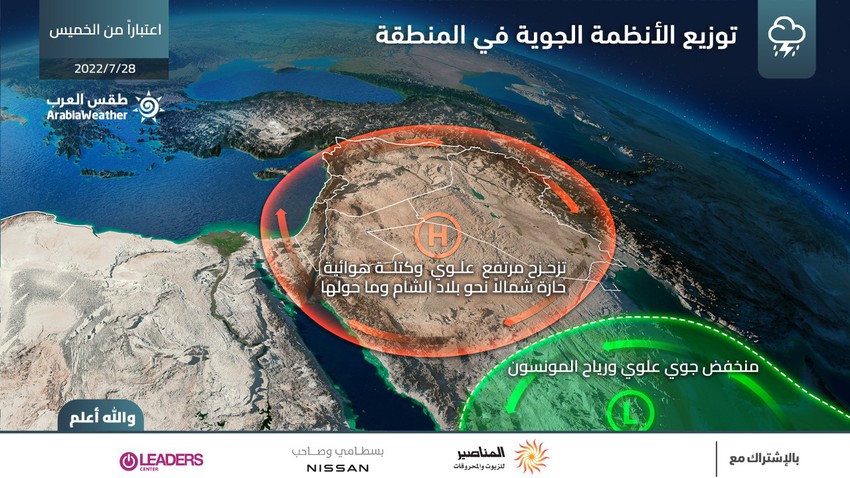 Arab Weather - The weather maps in the Arab Regional Weather Center are still monitoring the impact of the Kingdom and the region by a hot air mass accompanying an air mass in the upper atmosphere at the end of this week, and it may continue to the beginning of August with varying severity from day to day.

After God’s will, the Kingdom will be affected by the hot air mass as of Thursday, accompanied by a rise in temperatures to be several degrees Celsius higher than their averages. The summer weather will be hot in most regions of the Kingdom, and very hot in the Jordan Valley, the Dead Sea and the city of Aqaba, in addition to the desert areas. 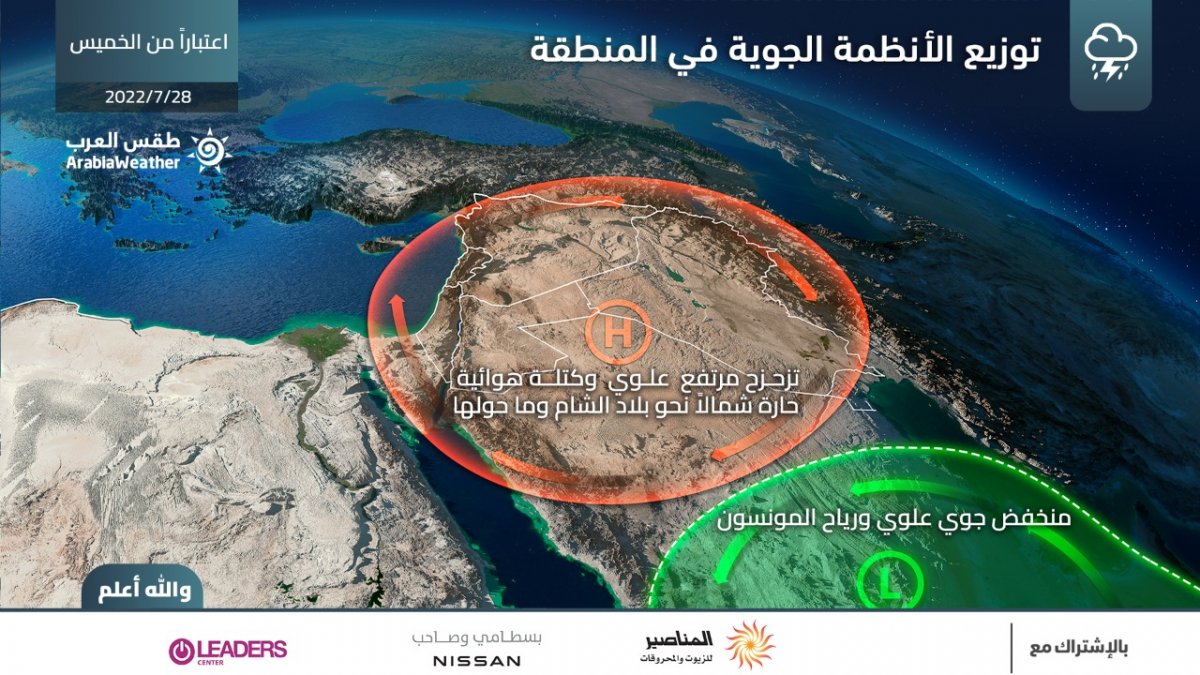 An expected rise in night temperatures

The hot air mass is also accompanied by an increase in night temperatures compared to the previous nights, and the weather is warmer than usual relative to the night hours, but it will tend to moderate with the late night hours and dawn in parts of the mountains and eastern plains, coinciding with high surface humidity levels in the most remote areas North, which increases the sense of heat.

But it must be noted that this is a normal weather event, so it is normal for the Kingdom to be affected during the summer by hot air masses, although its impact on the Kingdom has clearly decreased so far compared to the summer seasons during previous years.