Jordan | A hot air mass will affect the Kingdom on Tuesday, and its impact will increase on Wednesday and Thursday 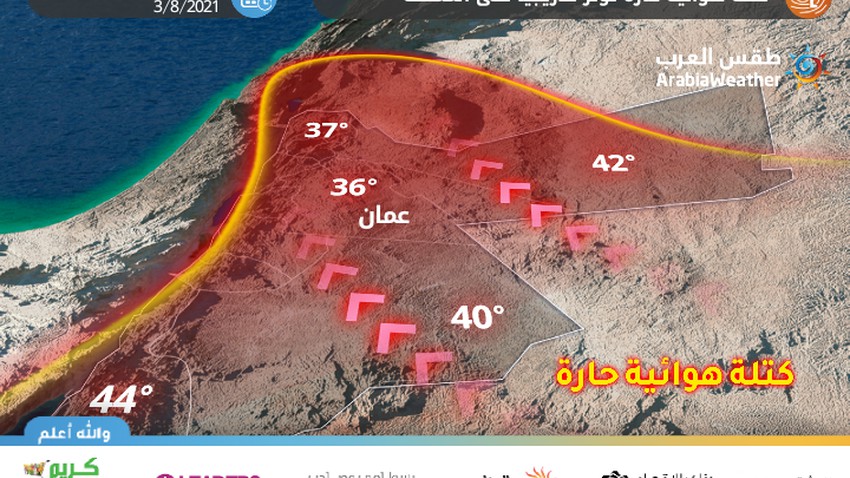 Arab weather - the latest outputs of numerical models indicate that the Kingdom is affected by a hot air mass rushing from Tuesday, so that temperatures rise and are several degrees higher than their rates, and the weather is relatively hot summer to hot in all regions of the Kingdom, while it is very hot in the Jordan Valley and the sea Al-Mait, Al-Aqabah and the Badia regions, with the appearance of clouds at medium altitudes.

Moderate northwest winds will continue to blow, active in the afternoon and afternoon hours.

Increasing the effect of hot air mass on Wednesday and Thursday 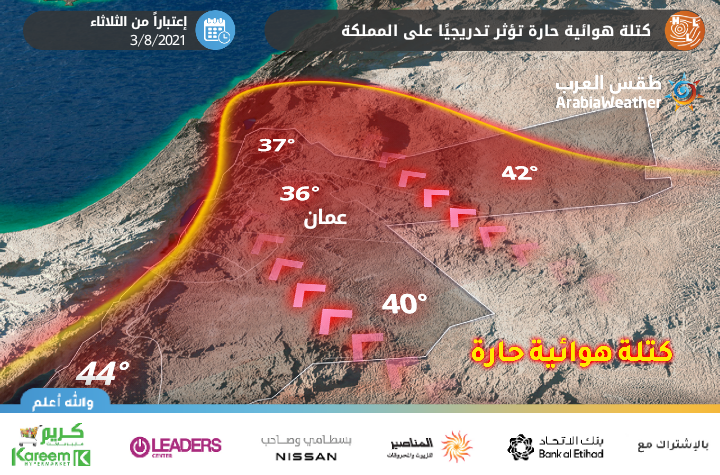 It is expected, by will, that the impact of the hot air mass on the Kingdom will significantly deepen on Wednesday and Thursday, so that there will be a further rise in temperatures to be about 5 degrees Celsius higher than their averages. Badia.

The northwest moderate winds continue to blow, active in the afternoon and afternoon hours, and are accompanied by strong flashes that sometimes raise dust and dust in the desert areas.

Temperatures touch the mid-40s in some areas

It is expected, God willing, that in the second half of the week, temperatures will touch the mid-forty-degree Celsius in parts of the Jordan Valley in addition to the city of Aqaba, while temperatures in the rest of the Kingdom will be at advanced levels in the thirties, including the capital, Amman.

Warmer than usual weather at night, starting from Tuesday

Important recommendations from Arab weather during the expected hot weather