Jordan | A hot, fast-impacting air mass rushes towards the Kingdom on Wednesday 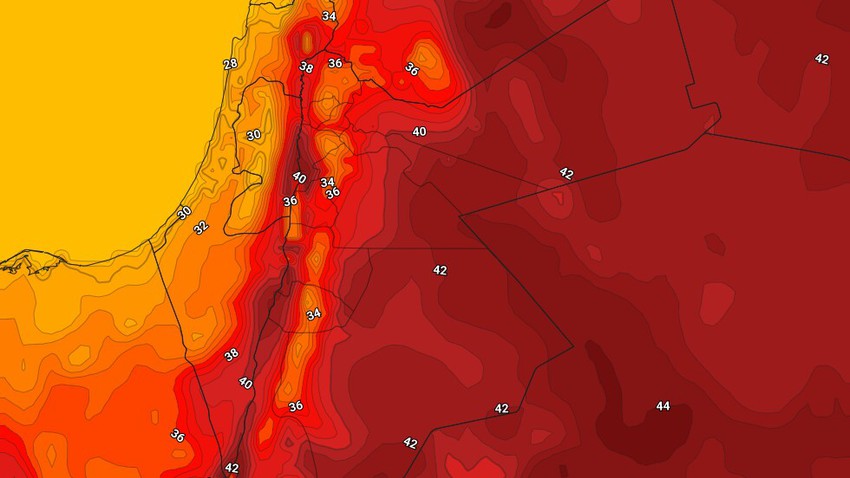 Weather of Arabia - God willing, it is expected that the Kingdom will be affected by a hot, fast-impacting air mass, so that temperatures rise to be higher than their rates for this time of year on Wednesday, and the weather will be hot summer over the mountainous heights, while it is very hot in the Jordan Valley, the Dead Sea and the city of Aqaba, in addition To the Badia regions so that the temperatures are in the forty levels above those regions, with the appearance of some clouds at high altitudes, especially in parts of the south of the Kingdom.

The winds will be variable in direction to northwesterly moderate speed, active sometimes in the afternoon and afternoon hours in some areas.

Mild and humid weather at night

The weather is moderate in the mountainous heights and plains, while it is warm in the Jordan Valley, Dead Sea and Aqaba, with a rise in surface moisture and the formation of low clouds in several regions of the Kingdom, especially in the late night hours, and high clouds continue to appear in the southern regions.

The winds will be northwesterly, light to moderate, and may be active at times over some areas.