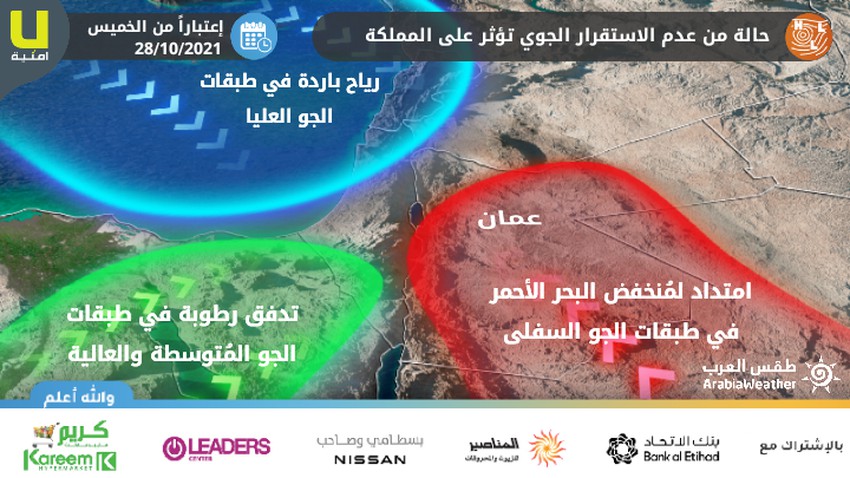 Arab Weather - The latest output of the numerical weather models processed by the Air Operations Department at the Arab Regional Weather Center indicates that parts of the Kingdom were affected from Thursday evening, with a limited state of atmospheric instability, as clouds gradually appear at different altitudes, especially medium and high, that may be interspersed with clouds. Cumulus, working on thunder showers of rain in narrow and random geographic ranges of the Kingdom, the rains are of varying intensity. 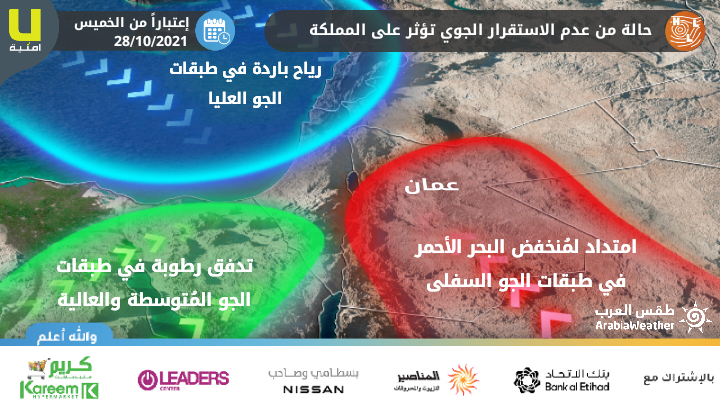 The Kingdom is increasingly affected by a state of atmospheric instability on Friday and Saturday, in the form of the appearance of large amounts of clouds at different altitudes, especially medium and high, where the weather is partly cloudy to cloudy in some areas, interspersed with cumulus clouds, where the opportunity is ripe for thunder showers of rain. In narrow and random geographic ranges, the rains are of varying intensity, and it is not excluded that they are sometimes heavy, which may lead to the occurrence of some water gatherings, and the formation of torrents.

Cumulonimbus clouds are actively accompanied by the speed of surface winds that cause dust and dust.

The reason for the Kingdom being affected by a state of atmospheric instability is due to the confluence of warm air currents in the lower layers of the atmosphere accompanying the Red Sea depression from the south, with the presence of a cold air mass in the upper layers of the air over the Syrian lands, coinciding with the flow of large amounts of moisture in the layers of the air Medium and high, this confluence creates unstable weather conditions in some areas.

In such weather conditions, it is advised to stay away from valleys, streams and reefs.