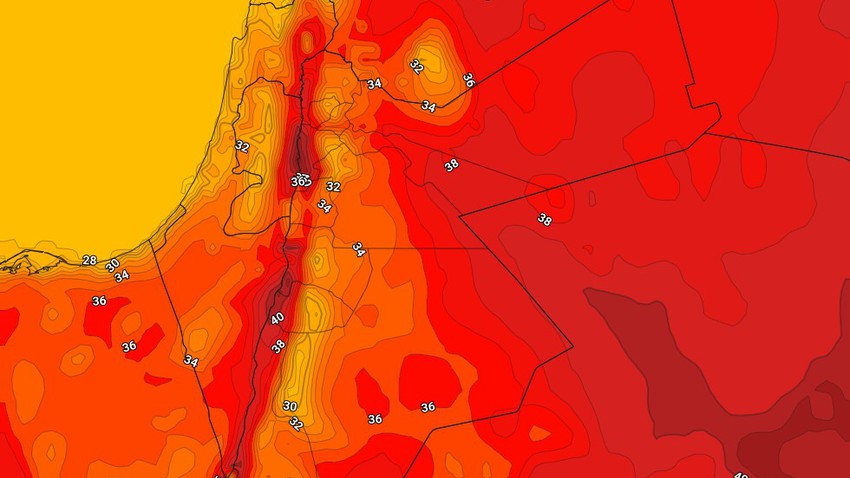 Arab weather - It is expected, God willing, that temperatures on Wednesday will tend to rise a little to be slightly higher than their averages for this time of the year. obstacle.

The wind will be variable in direction and light in the morning, increasing the feeling of heat, turning to northwesterly, sometimes active in some areas during the afternoon and evening hours.

Night temperatures tend to rise, and the weather is moderate in various regions of the Kingdom, warm in the Jordan Valley and desert areas, and a rise in surface moisture levels in the far northern regions, and some low clouds gradually appear.

The winds are northwesterly, light to moderate in speed, active at times in the evening and at the beginning of the night, and become variable with the passage of time.