Jordan | A moderately warm air mass affects the Kingdom on Monday, and an opportunity for some rain in the north 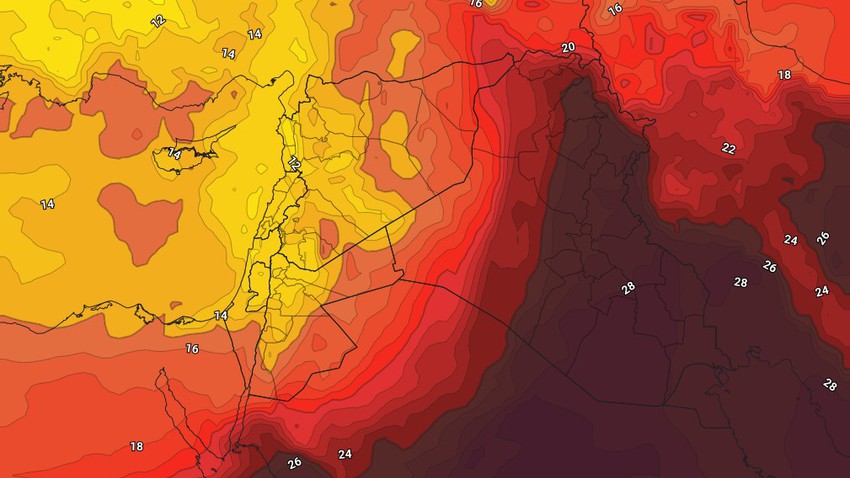 Arab weather - God willing, it is expected that the Kingdom will be affected by a moderately hot marine air mass, so there is a significant decrease in temperatures on Monday to be lower than their rates for this time of the year, and the weather will be mild summer during the noon and afternoon hours in the mountainous heights and western regions, while Relatively hot in the east of the Kingdom, the Jordan Valley, the Dead Sea and the city of Aqaba, coinciding with the appearance of quantities of low clouds, and there is a possibility of local showers of rain for a temporary period in parts of the northern and central western regions of the Kingdom.

Winds will be northwesterly to northwesterly, moderate speed, gradually active during the afternoon and evening hours, and they are accompanied by strong gusts exceeding the 50 km/hour barrier over the south and east of the Kingdom, and they work to raise dust and dust. 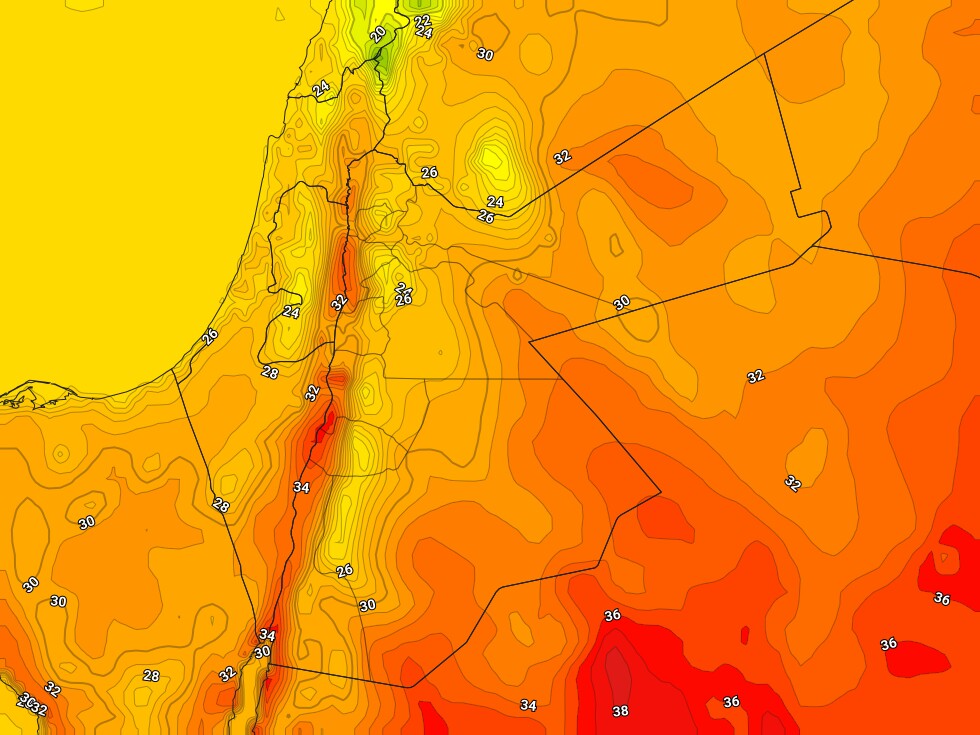 Wet and cold weather at night

There is another decrease in night temperatures, and the weather will be pleasant in various regions of the Kingdom during the early hours of the night, but it will tend to be cold at the late night hours and dawn, especially in the high mountainous heights and the eastern plains areas.

There is also a noticeable rise in the surface humidity levels, exceeding the 90% barrier, and quantities of low clouds are spread, which may lead to the formation of fog over some high mountainous heights, especially in the north of the Kingdom.

Winds will be northwesterly moderate in speed, active at times in the eastern regions of the Kingdom, and they are dusty and dusty.