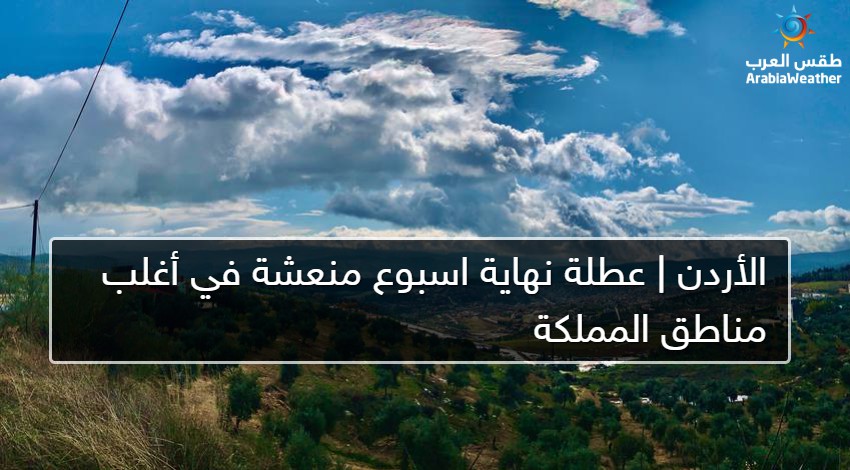 Jordan | A refreshing weekend in most regions of the Kingdom

Weather of Arabia - The effect of the moderate air mass on the Kingdom continues during the weekend, and moderate autumn weather prevails in all regions, and temperatures are in the late twenties in the daytime in the mountains, while it is in the thirties in the Jordan Valley, the Dead Sea, Aqaba and the Eastern region.

The nights are cold and wet

At night, temperatures drop below 20 degrees Celsius in the mountains and plains, and thus cold weather prevails in those areas, while the weather is gentle to moderate in the rest of the regions, and surface humidity rises at night and low clouds and fog are formed over the mountains.

The winds will be westerly to northwesterly, light to moderate, throughout the weekend, and are slightly brisk at noon and bitter in the eastern plains.

How do we pray dropsy? What is its time?

Tonight | Cold weather and a gradual decline in atmospheric instability

Monday | A clear increase in temperatures compared to Sunday

A clear rise in temperatures during the next two days

Jordan | The last week of October, there was a great deal of variation in temperature and no significant rain expected