Jordan | A rise in temperatures on Monday with northwesterly winds 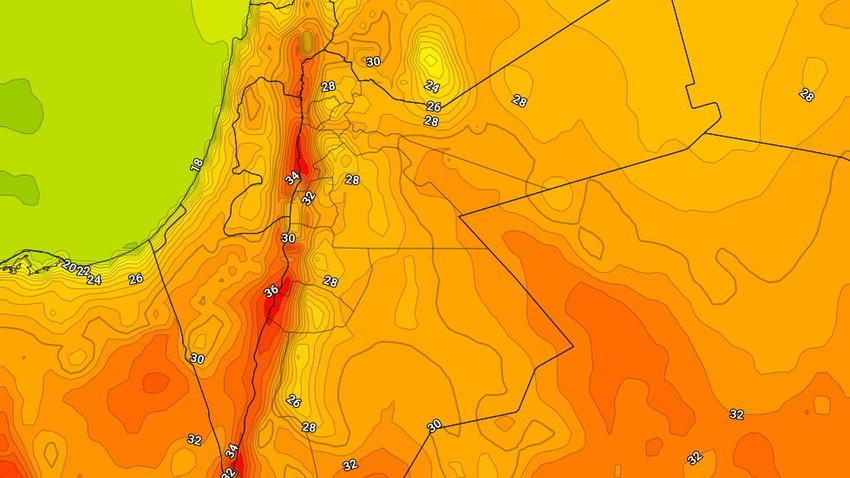 Arab weather - It is expected, God willing, that temperatures will re-rise on Monday to continue above their rates for this time of the year, and the weather will be warm to relatively hot in most regions of the Kingdom during the noon and afternoon hours, while it is hot in the Jordan Valley, Dead Sea and Aqaba regions.

Maximum temperatures are between the mid to late twenties Celsius in major cities, including the mountainous areas and the capital Amman, while they exceed the mid thirties Celsius in the Jordan Valley, Dead Sea and Aqaba regions.

And gradually appear clouds at medium heights over many areas.

The winds are north to northwest, moderate in speed, sometimes active over different regions of the Kingdom, including the city of Aqaba, and lead to rising sea waves, especially during the noon and afternoon hours.

Night temperatures re-rise, and the weather is moderate in most regions of the Kingdom, and warm in the Jordan Valley, the Dead Sea and the city of Aqaba during the hours of the first part of the night, and the weather tends to be cold at the late night hours and dawn, especially in the plains and the Badia regions.

Clouds continue to appear at medium altitudes over many areas.

The winds will be north to northwest, light to moderate in speed, active at times, and turn with the late night hours and Tuesday dawn to moderate speed easterly, active over the slopes of the mountainous heights and the Shafa Ghouria areas.