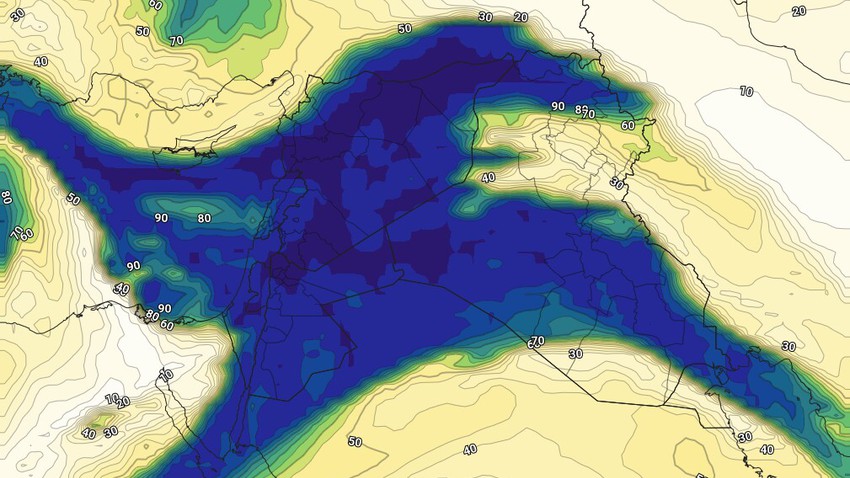 Weather of Arabia - It is expected, God willing, that there will be any rise in temperatures so that they become higher than their averages for this time of the year on Thursday, and the weather will be cold in most regions of the Kingdom, while it will be pleasant in the Jordan Valley, the Dead Sea and the city of Aqaba.

And push towards the sky of the Kingdom gradually, especially with the afternoon hours, large amounts of clouds at medium and high altitudes, where the weather is generally cloudy.

The wind will be southeasterly, light to moderate in speed.

There is an increase in night temperatures compared to the previous nights, and the weather is cold in various regions of the Kingdom, especially at the late night hours.

Clouds will continue to appear at medium and high altitudes, where the weather is generally cloudy.

The winds will be variable to light easterly, to moderate overall speed.