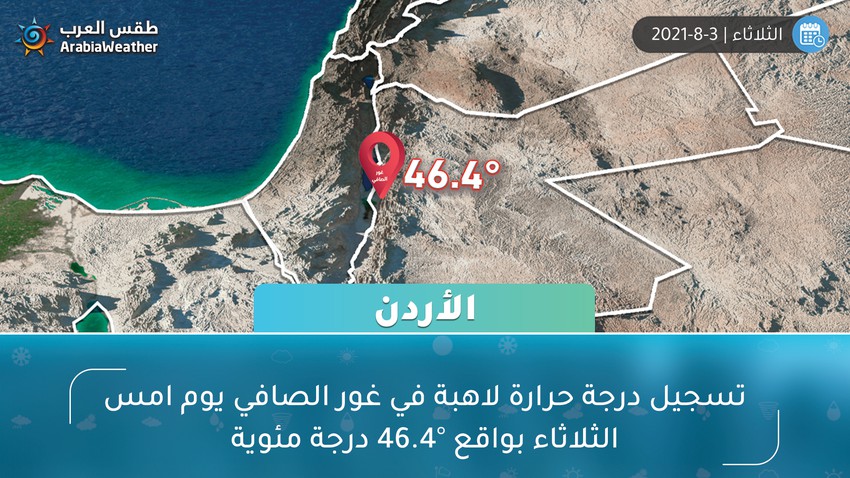 Weather of Arabia - With the start of the Kingdom being affected by a hot air mass, the Ghor Al-Safi station recorded yesterday, Tuesday, a temperature that is classified as very hot at 46.4 degrees Celsius, according to the ojimet website. 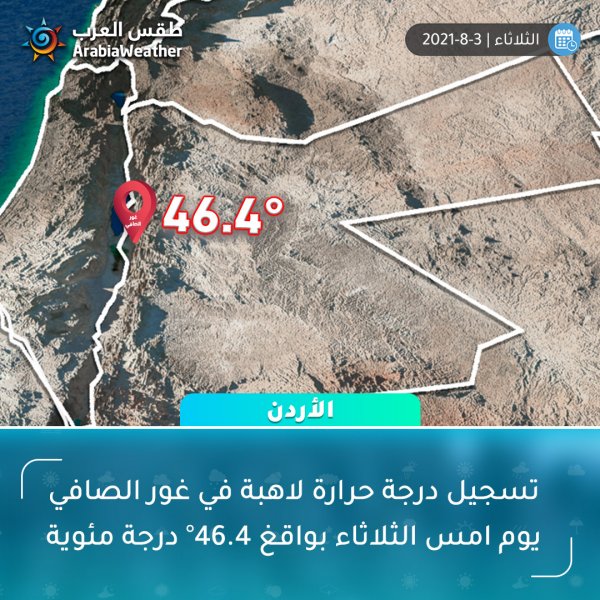 In the same context , is expected to be a clear intensification occurs on the atmosphere sweltering in Central and South America, including the Dead Sea , Jordan Valley and Ghor Safi addition to the city of Aqaba because of the positioning of the scorching center of the mass of these areas, where not rule out that in some of Tllk temperatures exceed areas of the barrier of ° 45 degrees Celsius.