Jordan | A sharp drop in temperatures Thursday, with showers of rain in different regions 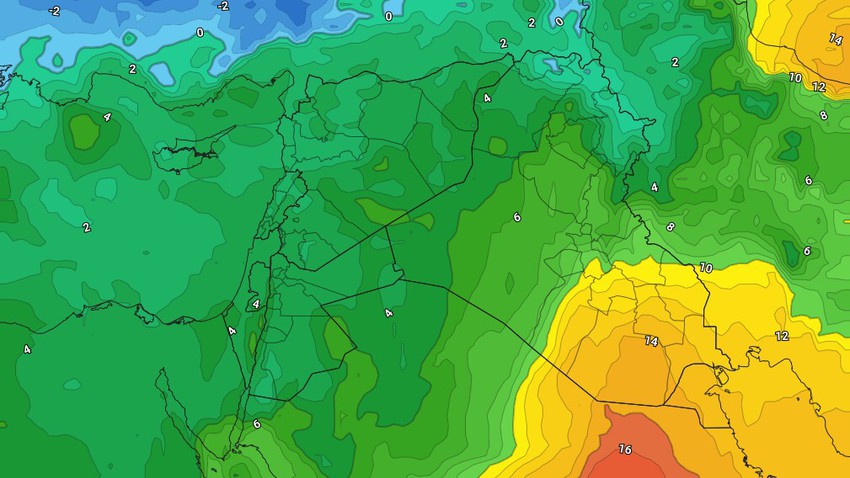 Arab Weather - As of Thursday, the Kingdom will be affected by an air depression classified as a second class ( normal ) according to the Arab Weather Index to measure the severity of the depressions, as there is a sharp drop in temperatures, and the Kingdom is blowing fast, fast westerly winds, accompanied by strong gusts on some Regions, raising dust and dirt in desert areas.

Thunderstorms of rain in different parts of the Kingdom, especially in the afternoon!

Showers of rain will fall in the early hours of the day in some areas and at intervals, but according to the numerical weather outputs, it is expected that the intensity of the rain will increase as a result of crossing the air depression during the noon and afternoon hours, which will work, "God willing," to regularize the rains from the north of the Kingdom to the central regions And maybe some southern highlands.

The Kingdom also continues to be affected by the depression on Thursday / Friday night, with the return of gradual and perhaps temporary stability in the atmosphere on Friday, while remaining cold in general.